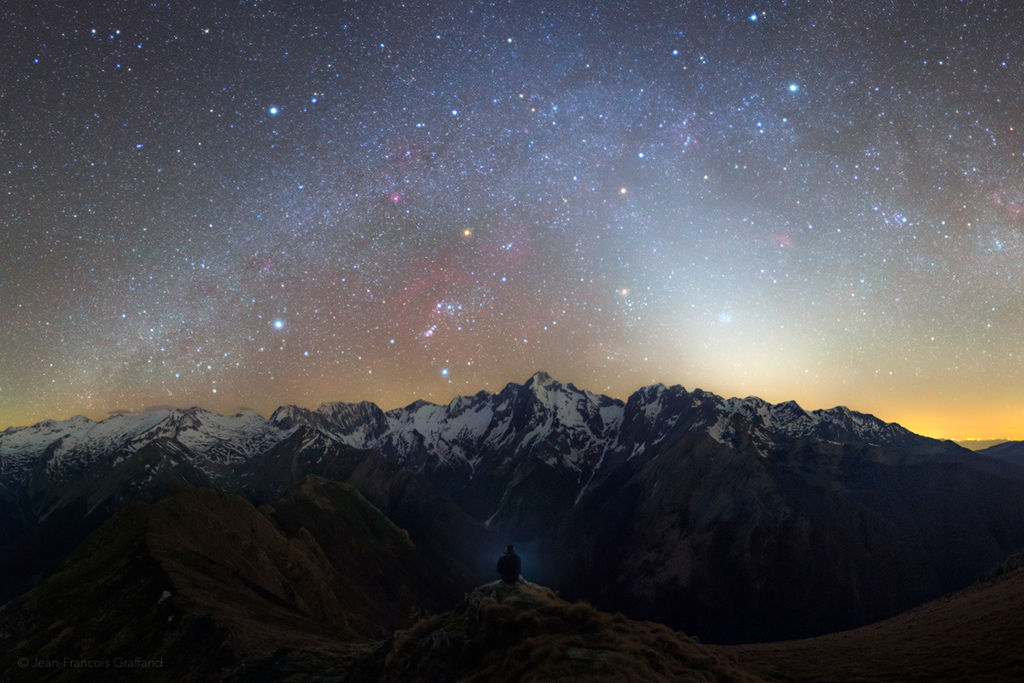 An intense band of zodiacal light is captured in this serene mountain and night skyscape from April 7. The panoramic view was recorded after three hours of hiking from a vantage looking west after sunset across the Pyrenees in southern France. At 2838 meters altitude, Mont Valier is the tallest peak near center. In the sky above, the familiar stars of Orion and the northern winter Milky Way are approaching the rugged western horizon. At the shoulder of Orion, Betelgeuse is one of three bright yellowish celestial beacons. It forms a triangle with fellow red giant star Aldebaran located below Betelgeuse and to the right, and the red planet Mars. Mars shines just under the band of the Milky Way, still immersed in the bright zodiacal light. Tournament Earth: Vote for your favorite image from NASA’s Earth Observatory