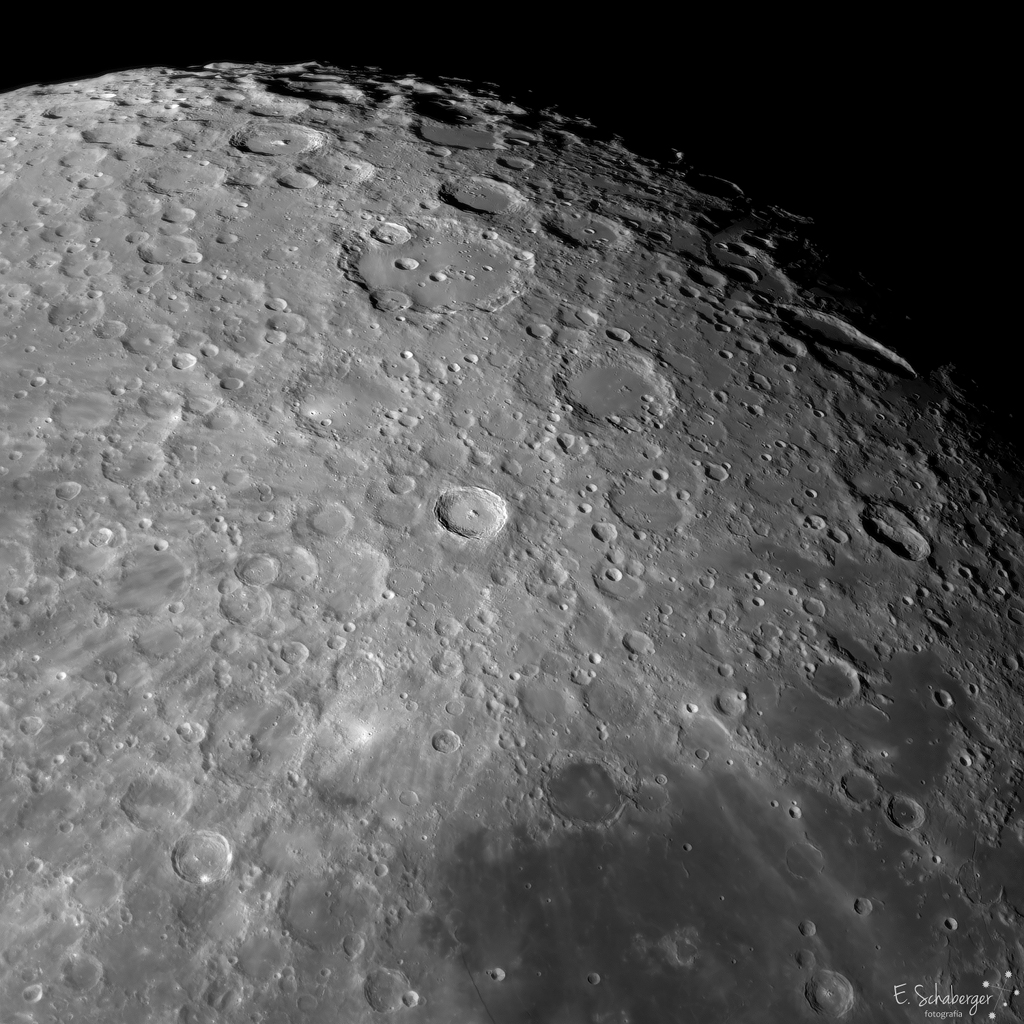 South is up in this detailed telescopic view across the Moon’s rugged southern highlands. Captured on July 20, the lunar landscape features the Moon’s young and old, the large craters Tycho and Clavius. About 100 million years young, Tycho is the sharp-walled 85 kilometer diameter crater near center, its 2 kilometer tall central peak in bright sunlight and dark shadow. Debris ejected during the impact that created Tycho still make it the stand out lunar crater when the Moon is near full, producing a highly visible radiating system of light streaks, bright rays that extend across much of the lunar near side. In fact, some of the material collected at the Apollo 17 landing site, about 2,000 kilometers away, likely originated from the Tycho impact. One of the oldest and largest craters on the Moon’s near side, 225 kilometer diameter Clavius is due south (above) of Tycho. Clavius crater’s own ray system resulting from its original impact event would have faded long ago. The old crater’s worn walls and smooth floor are now overlayed by smaller craters from impacts that occurred after Clavius was formed. Observations by the Stratospheric Observatory for Infrared Astronomy (SOFIA) published in 2020 found water at Clavius. Of course both young Tycho and old Clavius craters are lunar locations in the science fiction epic 2001: A Space Odyssey.

As noted in 2001, these craters will be future moon bases.
Arthur C. Clarke and Stanley Kubrick were right.
“Open the Pod Bay doors Al”.