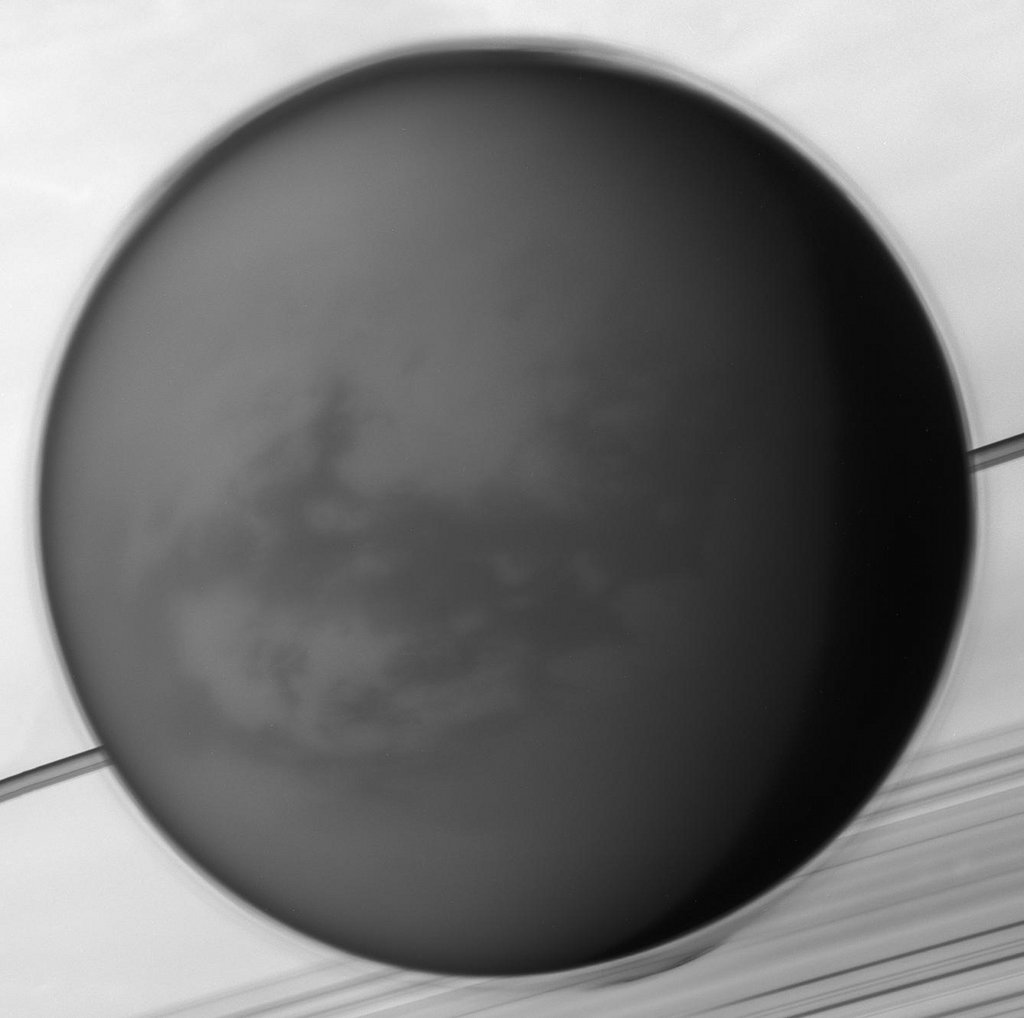 Like Earth’s moon, Saturn’s largest moon Titan is locked in synchronous rotation. This mosaic of images recorded by the Cassini spacecraft in May of 2012 shows its anti-Saturn side, the side always facing away from the ringed gas giant. The only moon in the solar system with a dense atmosphere, Titan is the only solar system world besides Earth known to have standing bodies of liquid on its surface and an earthlike cycle of liquid rain and evaporation. Its high altitude layer of atmospheric haze is evident in the Cassini view of the 5,000 kilometer diameter moon over Saturn’s rings and cloud tops. Near center is the dark dune-filled region known as Shangri-La. The Cassini-delivered Huygens probe rests below and left of center, after the most distant landing for a spacecraft from Earth.

Titan the moon of all moons.!