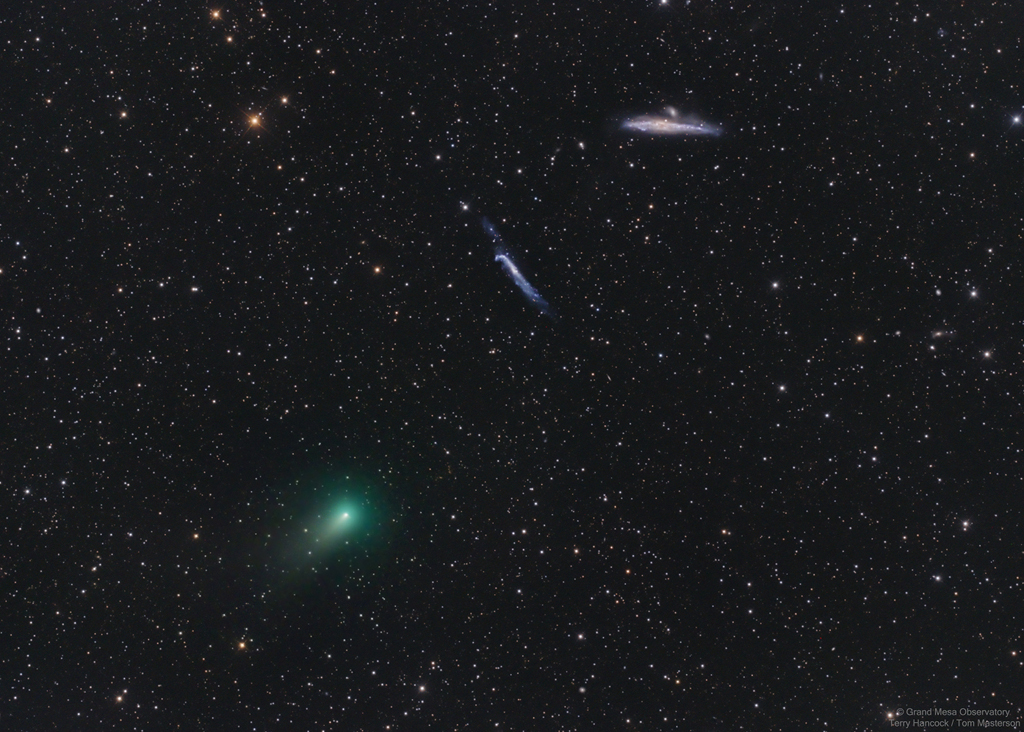 Closest to the Sun on March 1, and closest to planet Earth on April 23, this Comet ATLAS (C/2020 R4) shows a faint greenish coma and short tail in this pretty, telescopic field of view. Captured at its position on May 5, the comet was within the boundaries of northern constellation Canes Venatici (the Hunting Dogs), and near the line-of-sight to intriguing background galaxies popularly known as the Whale and the Hockey Stick. Cetacean in appearance but Milky Way sized, NGC 4631 is a spiral galaxy seen edge-on at the top right, some 25 million light-years away. NGC 4656/7 sports the bent-stick shape of interacting galaxies below and left of NGC 4631. In fact, the distortions and mingling trails of gas detected at other wavelengths suggest the cosmic Whale and Hockey Stick have had close encounters with each other in their distant past. Outbound and only about 7 light-minutes from Earth this Comet ATLAS should revisit the inner solar system in just under 1,000 years.