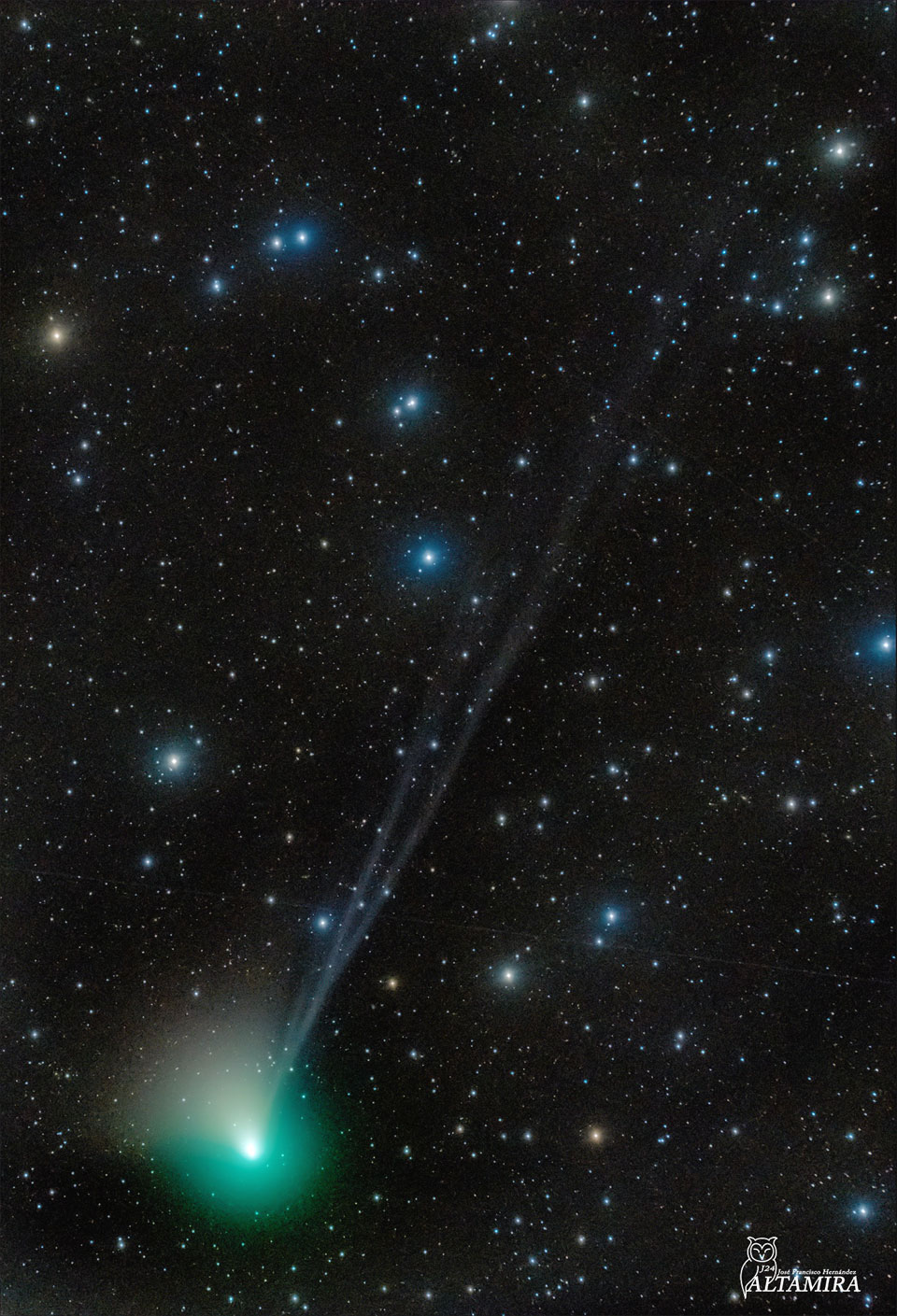 Comet ZTF may become visible to the unaided eye. Discovered early last year, this massive snowball has been brightening as it approaches the Sun and the Earth. C/2022 E3 (ZTF) will be closest to the Sun later this week, at which time it may become visible even without binoculars to northern observers with a clear and dark sky. As they near the Sun, comet brightnesses are notoriously hard to predict, though. In the featured image taken last week in front of a picturesque star field, three blue ion tails extend to the upper right, likely the result of a variable solar wind on ions ejected by the icy comet nucleus. The comet’s white dust tail is visible to the upper left and much shorter. The green glow is the comet’s coma, caused by glowing carbon gas. Comet ZTF is expected to pass nearest the Earth in early February, after which it should dim dramatically. Discovery + Outreach: Graduate student research position open for APOD