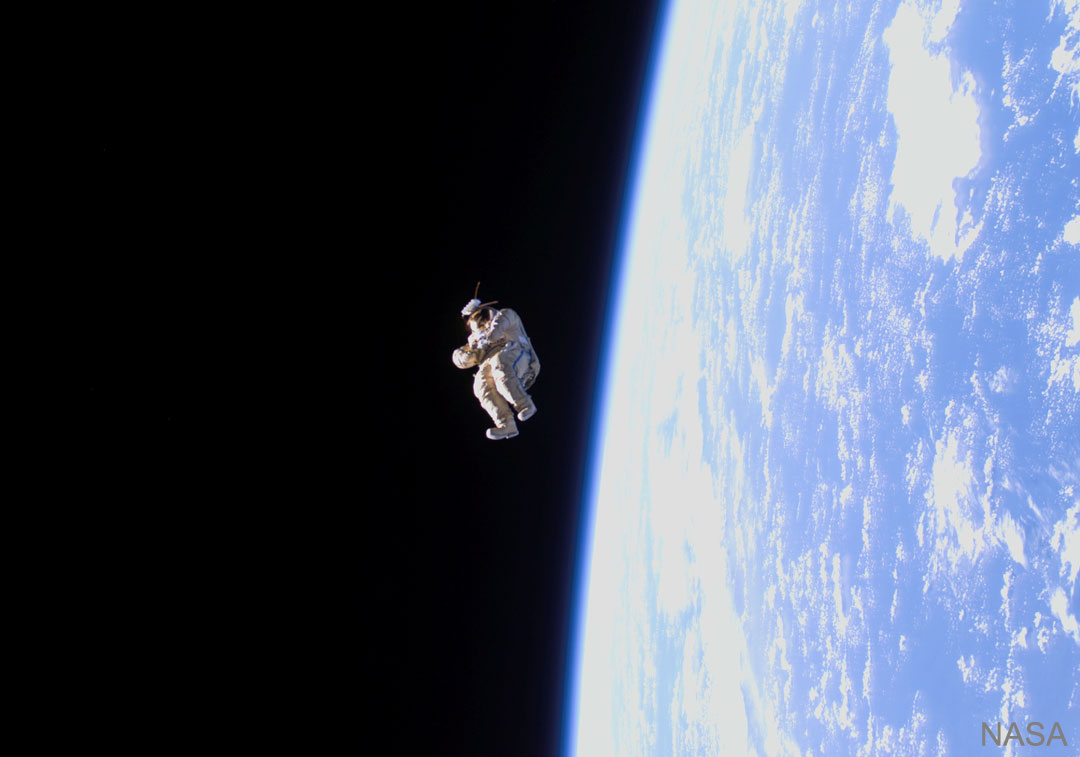 A spacesuit floated away from the International Space Station 15 years ago, but no investigation was conducted. Everyone knew that it was pushed by the space station crew. Dubbed Suitsat-1, the unneeded Russian Orlan spacesuit filled mostly with old clothes was fitted with a faint radio transmitter and released to orbit the Earth. The suit circled the Earth twice before its radio signal became unexpectedly weak. Suitsat-1 continued to orbit every 90 minutes until it burned up in the Earth’s atmosphere after a few weeks. Pictured, the lifeless spacesuit was photographed in 2006 just as it drifted away from space station. Portal Universe: Random APOD Generator