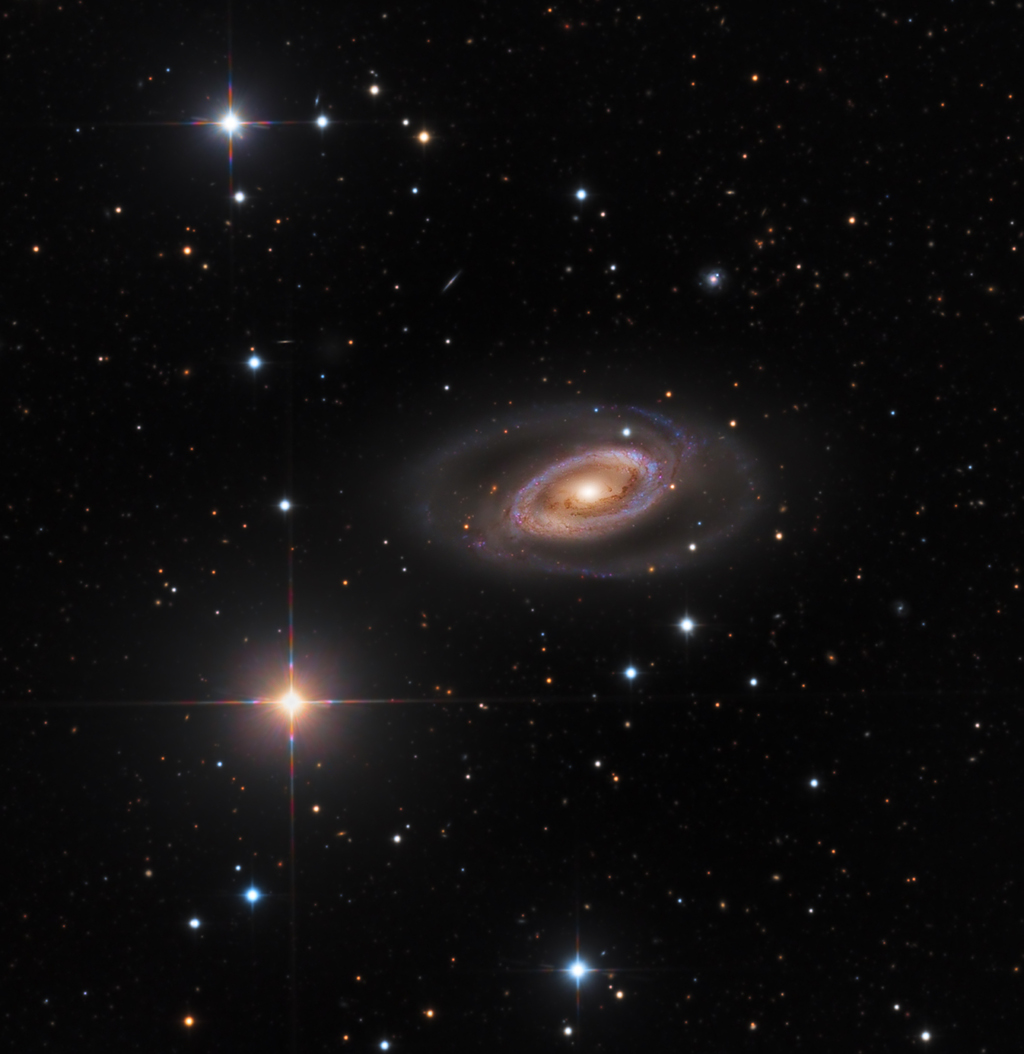 This gorgeous island universe lies about 85 million light-years distant in the southern constellation Fornax. Inhabited by young blue star clusters, the tightly wound spiral arms of NGC 1350 seem to join in a circle around the galaxy’s large, bright nucleus, giving it the appearance of a cosmic eye. In fact, NGC 1350 is about 130,000 light-years across. That makes it as large or slightly larger than the Milky Way. For earth-based astronomers, NGC 1350 is seen on the outskirts of the Fornax cluster of galaxies, but its estimated distance suggests that it is not itself a cluster member. Of course, the bright spiky stars in the foreground of this telescopic field of view are members of our own spiral Milky Way galaxy.