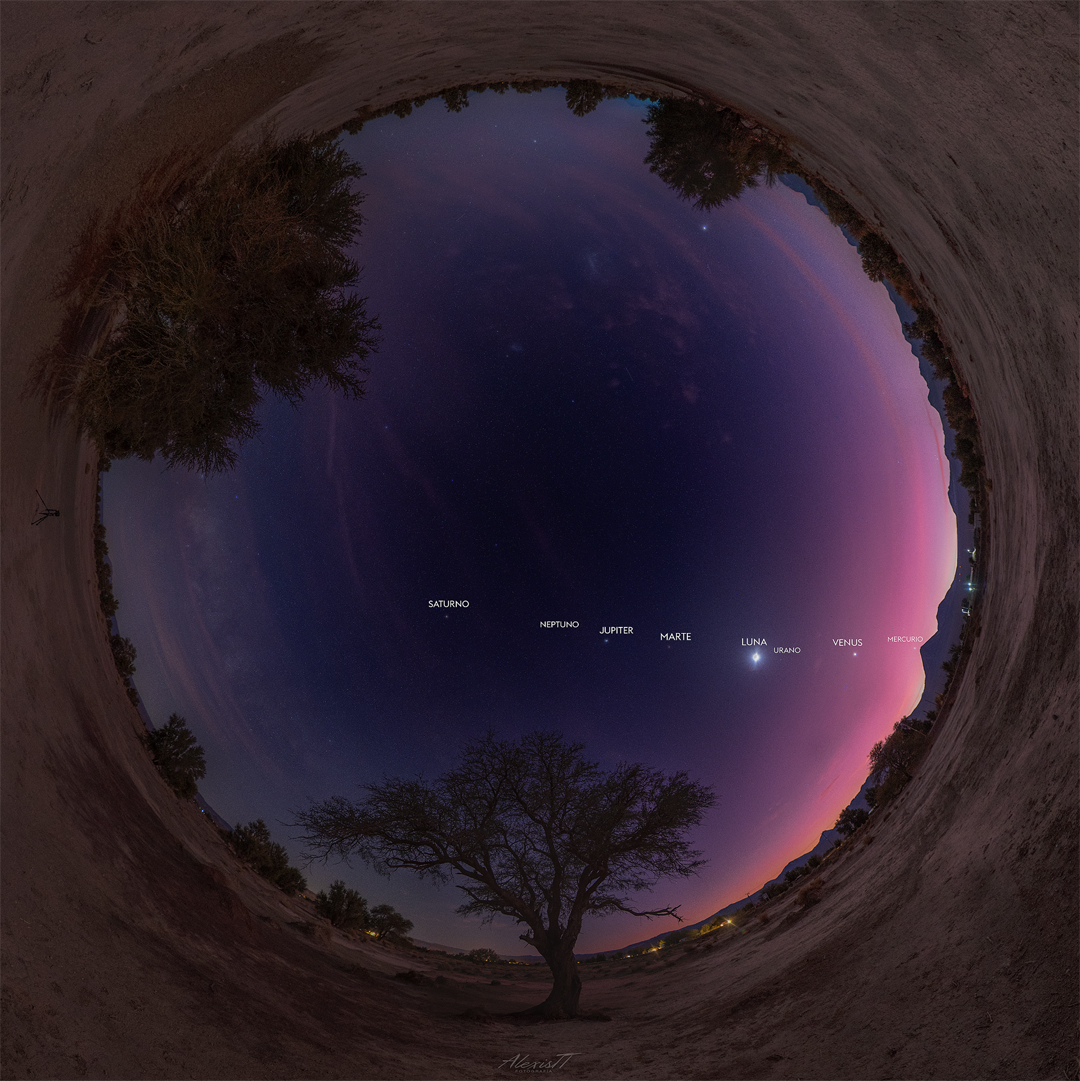 Yes, but have you ever seen all of the planets at once? A rare roll-call of planets has been occurring in the morning sky for much of June. The featured fisheye all-sky image, taken a few mornings ago near the town of San Pedro de Atacama in Chile, caught not only the entire planet parade, but the Moon between Mars and Venus. In order, left to right along the ecliptic plane, members of this Solar System family portrait are Earth, Saturn, Neptune, Jupiter, Mars, Uranus, Venus, Mercury, and Earth. To emphasize their locations, Neptune and Uranus have been artificially enhanced. The volcano just below Mercury is Licancabur. In July, Mercury will move into the Sun’s glare but reappear a few days later on the evening side. Then, in August, Saturn will drift past the direction opposite the Sun and so become visible at dusk instead of dawn. The next time that all eight planets will be simultaneously visible in a morning sky will be in 2122. Notable Submissions to APOD: Morning Planet Parade 2022 June

Seen only 5 planets here in South Australia in the early morning this time of the year, its winter here in Aussie.!