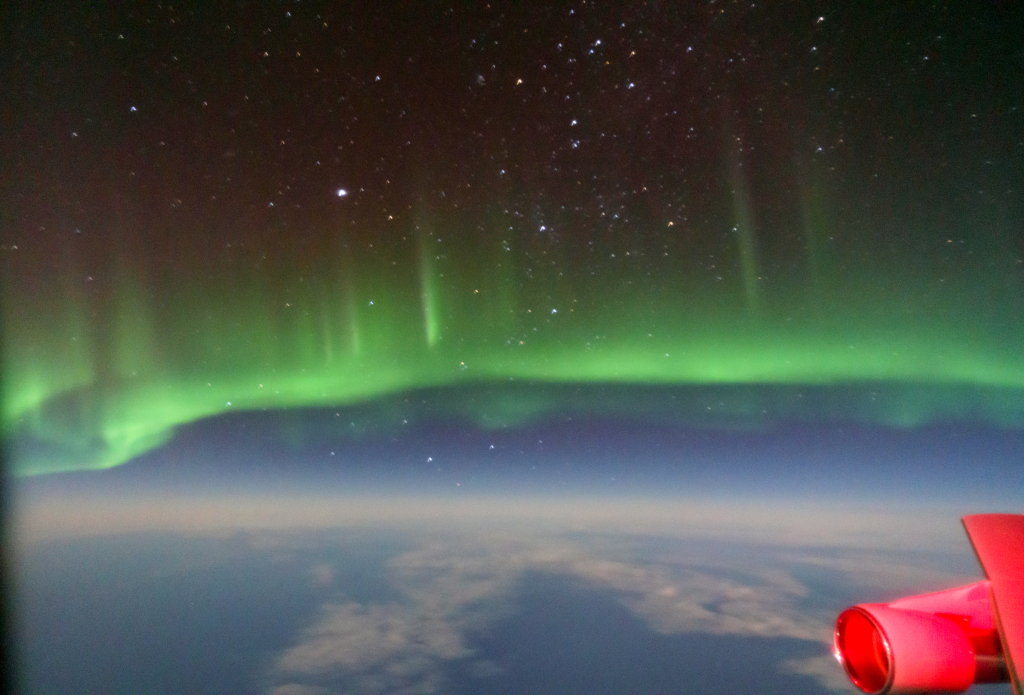 SOFIA, the Stratospheric Observatory for Infrared Astronomy, is a Boeing 747SP aircraft modified to carry a large reflecting telescope into the stratosphere. The ability of the airborne facility to climb above about 99 percent of Earth’s infrared-blocking atmosphere has allowed researchers to observe from almost anywhere over the planet. On a science mission flying deep into the southern auroral oval, astronomer Ian Griffin, director of New Zealand’s Otago Museum, captured this view from the observatory’s south facing starboard side on July 17. Bright star Canopus shines in the southern night above curtains of aurora australis, or southern lights. The plane was flying far south of New Zealand at the time at roughly 62 degrees southern latitude. Unfortunately, after a landing at Christchurch severe weather damaged SOFIA requiring repairs and the cancellation of the remainder of its final southern hemisphere deployment.