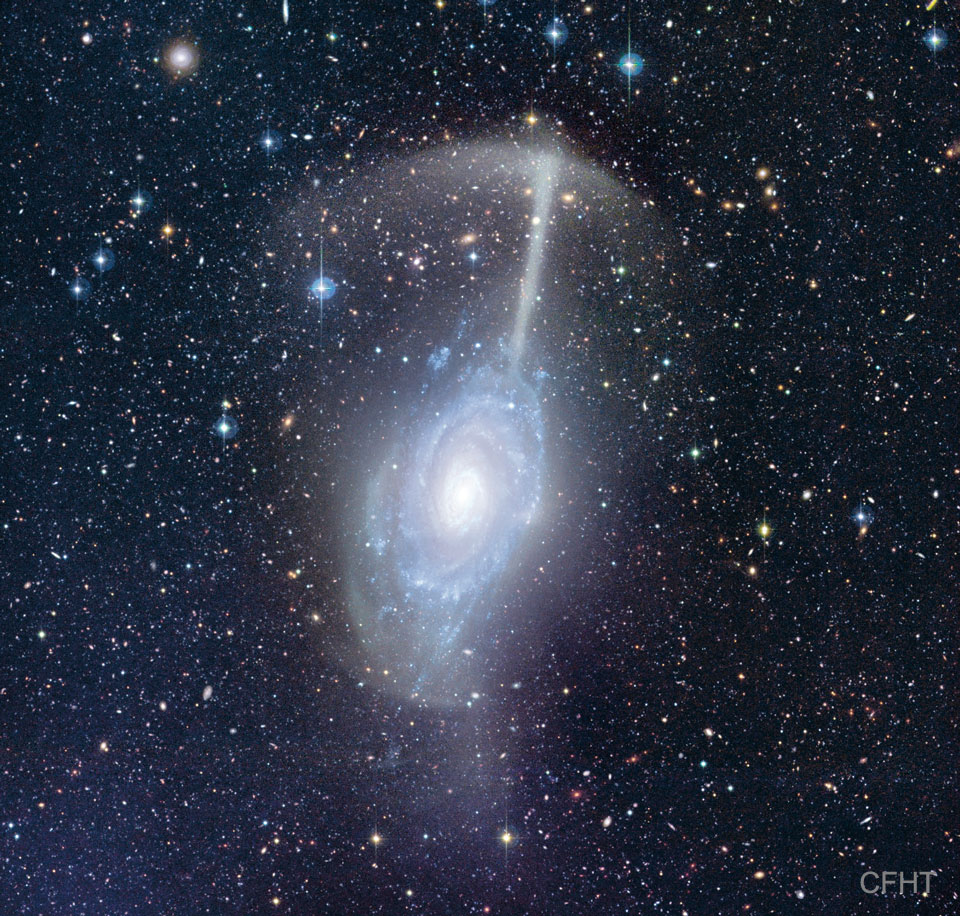 It’s raining stars. What appears to be a giant cosmic umbrella is now known to be a tidal stream of stars stripped from a small satellite galaxy. The main galaxy, spiral galaxy NGC 4651, is about the size of our Milky Way, while its stellar parasol appears to extend some 100 thousand light-years above this galaxy’s bright disk. A small galaxy was likely torn apart by repeated encounters as it swept back and forth on eccentric orbits through NGC 4651. The remaining stars will surely fall back and become part of a combined larger galaxy over the next few million years. The featured image was captured by the Canada-France-Hawaii Telescope (CFHT) in Hawaii, USA. The Umbrella Galaxy lies about 50 million light-years distant toward the well-groomed northern constellation Coma Berenices. Almost Hyperspace: Random APOD Generator