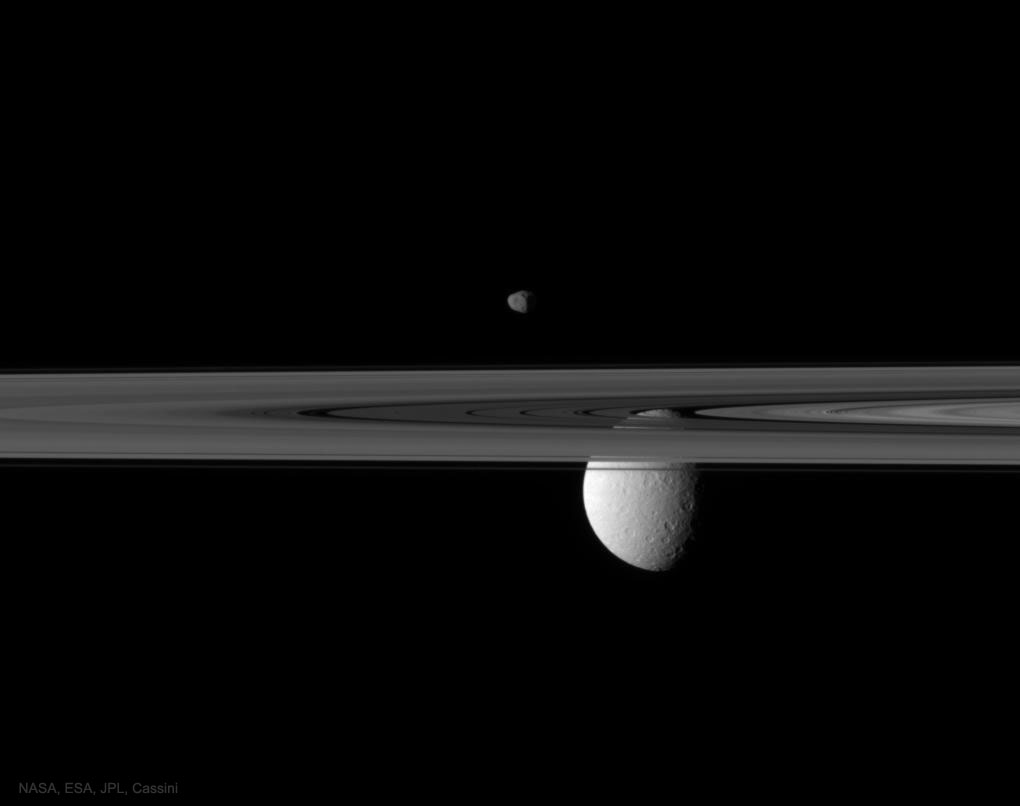 What’s happened to that moon of Saturn? Nothing — Saturn’s moon Rhea is just partly hidden behind Saturn’s rings. In 2010, the robotic Cassini spacecraft then orbiting Saturn took this narrow-angle view looking across the Solar System’s most famous rings. Rings visible in the foreground include the thin F ring on the outside and the much wider A and B rings just interior to it. Although it seems to be hovering over the rings, Saturn’s moon Janus is actually far behind them. Janus is one of Saturn’s smaller moons and measures only about 180 kilometers across. Farther out from the camera is the heavily cratered Rhea, a much larger moon measuring 1,500 kilometers across. The top of Rhea is visible only through gaps in the rings. After more than a decade of exploration and discovery, the Cassini spacecraft ran low on fuel in 2017 and was directed to enter Saturn’s atmosphere, where it surely melted. Explore Your Universe: Random APOD Generator

Long live the memory of Cassini because the photo’s surly will.