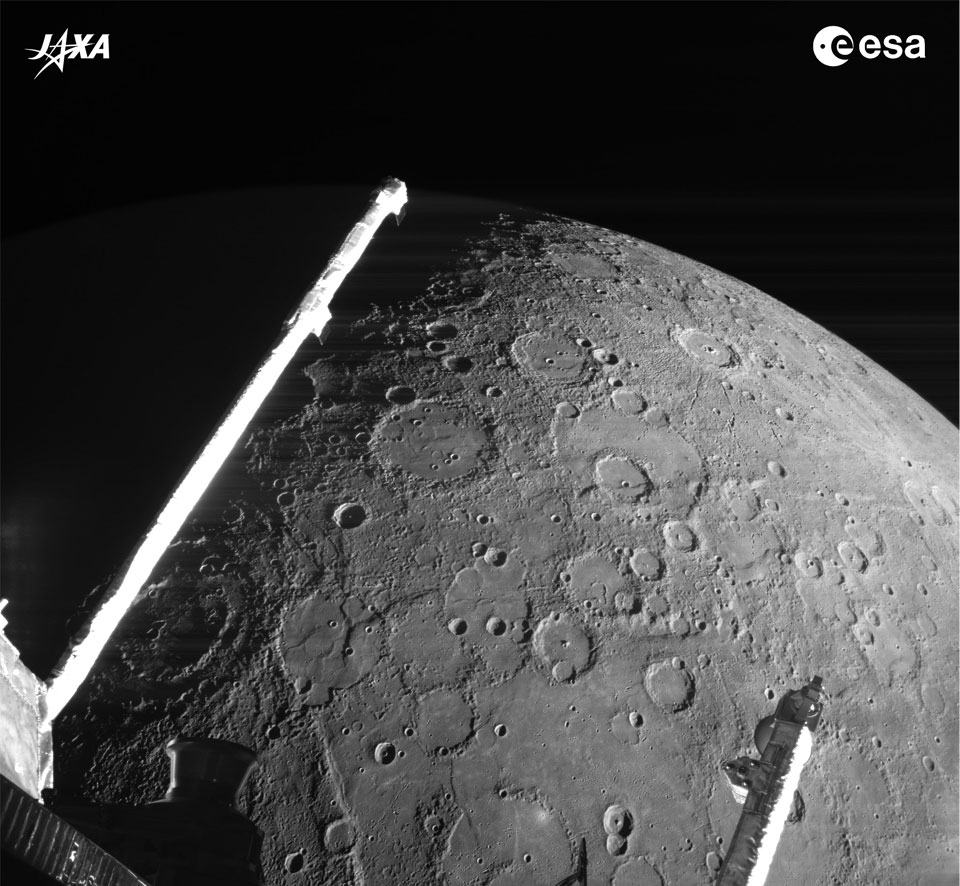 Which part of the Moon is this? No part — because this is the planet Mercury. Mercury’s old surface is heavily cratered like that of Earth’s Moon. Mercury, while only slightly larger than Luna, is much denser and more massive than any Solar System moon because it is made mostly of iron. In fact, our Earth is the only planet more dense. Because Mercury rotates exactly three times for every two orbits around the Sun, and because Mercury’s orbit is so elliptical, visitors on Mercury could see the Sun rise, stop in the sky, go back toward the rising horizon, stop again, and then set quickly over the other horizon. From Earth, Mercury’s proximity to the Sun causes it to be visible only for a short time just after sunset or just before sunrise. The featured image was captured last week by ESA and JAXA’s passing BepiColombo spacecraft as it sheds energy and prepares to orbit the innermost planet starting in 2025.

Wish we could see this close up in real time just like this .!
Go Mercury.!