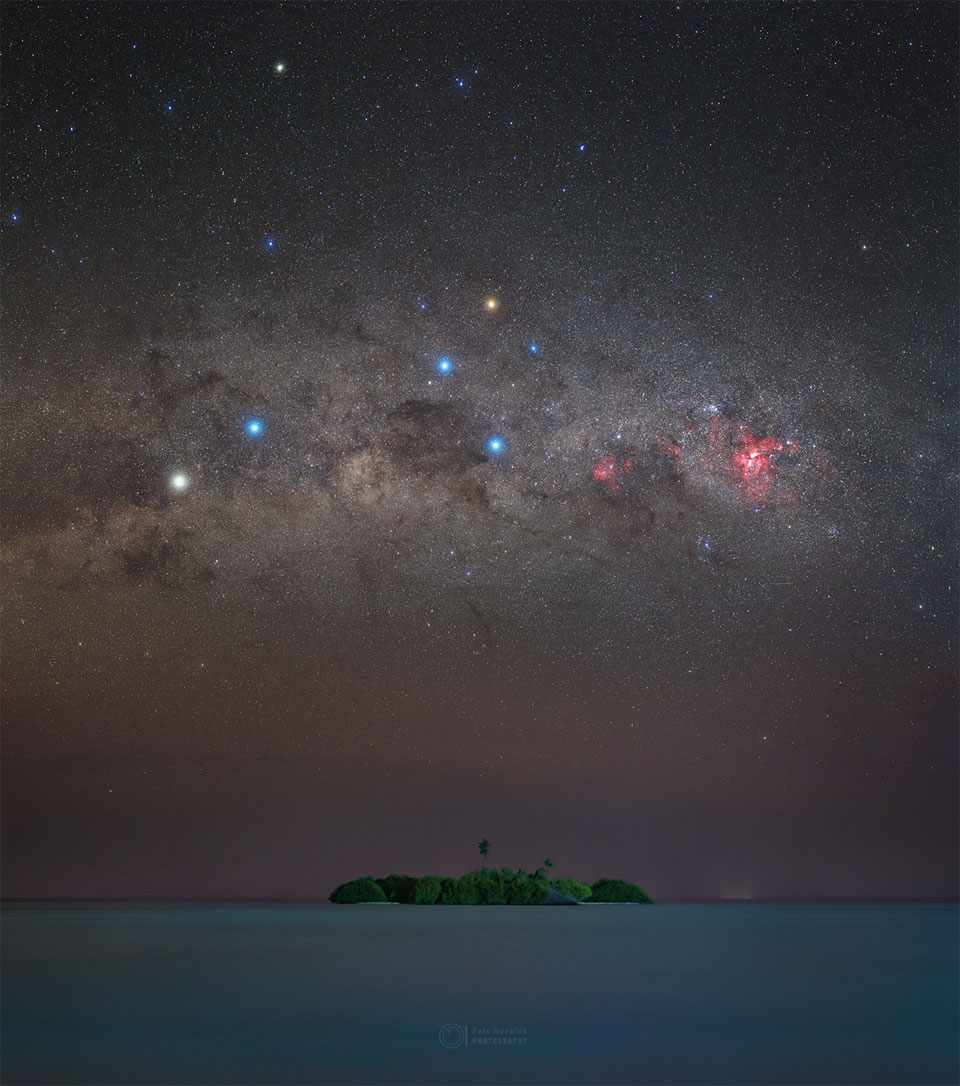 The southernmost part of the Milky Way contains not only the stars of the Southern Cross, but the closest star system to our Sun — Alpha Centauri. The Southern Cross itself is topped by the bright, yellowish star Gamma Crucis. A line from Gamma Crucis through the blue star at the bottom of the cross, Acrux, points toward the south celestial pole, located just above the small island in the featured picture — taken in early March. That island is Madivaru of the Maldives in the Indian Ocean. Against faint Milky Way starlight, the dark Coal Sack Nebula lies just left of the cross, while farther left along the Milky Way are the bright stars Alpha Centauri (left) and Beta Centauri (Hadar). Alpha Centauri A, a Sun-like star anchoring a three-star system with exoplanets, is a mere 4.3 light-years distant. Seen from Alpha Centauri, our own Sun would be a bright yellowish star in the otherwise recognizable constellation Cassiopeia. Almost Hyperspace: Random APOD Generator