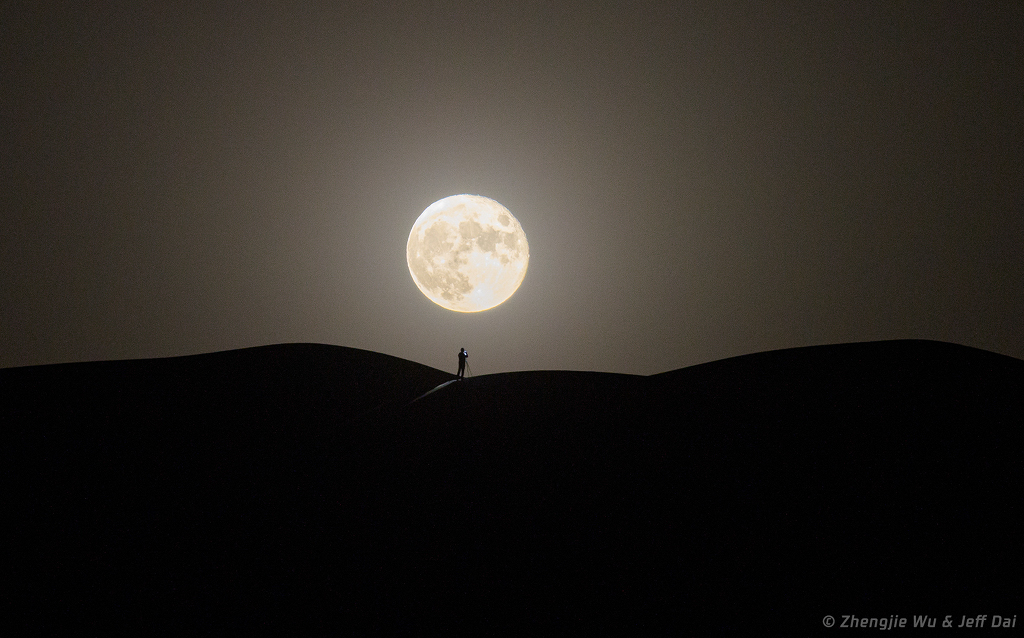 A photographer in silhouette stands in bright moonlight as the Full Moon rises in this well-planned telephoto image. Of course, the Full Moon is normally the brightest lunar phase. But on November 18/19, the Full Moon’s light will be dimmed during a deep partial lunar eclipse seen across much of planet Earth. At maximum eclipse only a few percent of the lunar disk’s diameter should remain outside the Earth’s dark umbral shadow when the Moon slides close to the shadow’s southern edge. Near apogee, the farthest point in its orbit, the Moon’s motion will be slow. That should make this second lunar eclipse of 2021 an exceptionally long partial lunar eclipse. For most of North America the eclipse partial phases will be visible in predawn hours. Since eclipses tend to come in pairs, this lunar eclipse will be followed by a solar eclipse in two weeks on December 4.