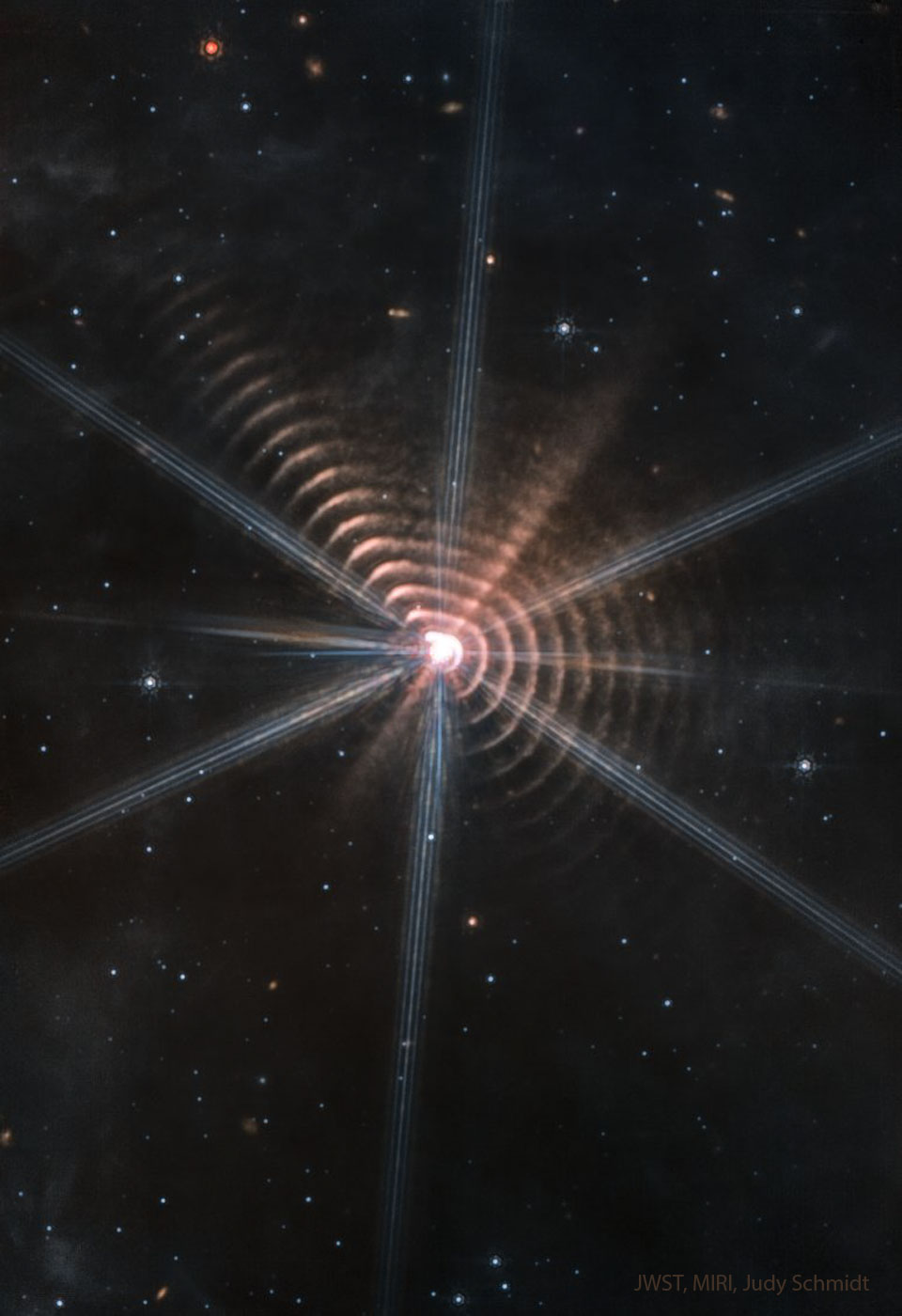 What are those strange rings? Rich in dust, the rings are likely 3D shells — but how they were created remains a topic of research. Where they were created is well known: in a binary star system that lies about 6,000 light years away toward the constellation of the Swan (Cygnus) — a system dominated by the Wolf-Rayet star WR 140. Wolf-Rayet stars are massive, bright, and known for their tumultuous winds. They are also known for creating and dispersing heavy elements such as carbon which is a building block of interstellar dust. The other star in the binary is also bright and massive — but not as active. The two great stars joust in an oblong orbit as they approach each other about every eight years. When at closest approach, the X-ray emission from the system increases, as, apparently, does the dust expelled into space — creating another shell. The featured infrared image by the new Webb Space Telescope resolves greater details and more dust shells than ever before.

Dust to dust , ashes to ashes……