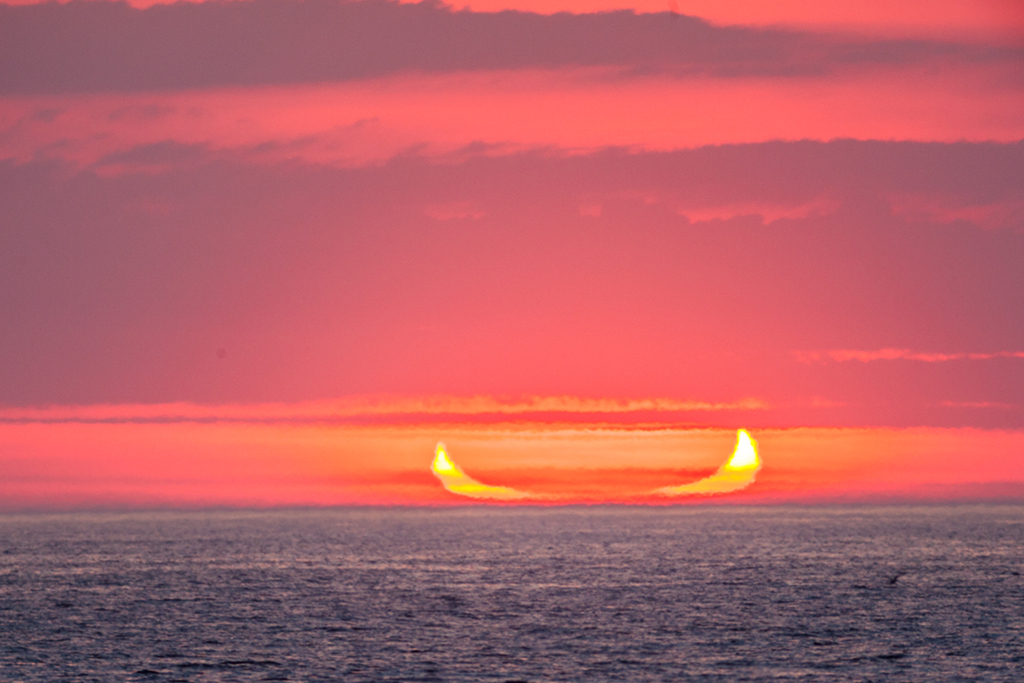 Atmospheric refraction flattened the solar disk and distorted its appearance in this telescopic view of an Atlantic sunrise on June 10. From Belmar, New Jersey on the US east coast, the scene was recorded at New Moon during this season’s annular solar eclipse. The Moon in partial silhouette gives the rising Sun its crescent shape reminding some of the horns of the devil (or maybe a flying canoe …). But at its full annular phase this eclipsed Sun looked like a ring of fire in the heavens. June’s annular solar eclipse followed on the heels of the total lunar eclipse of late May’s Full Moon. Of course, that total lunar eclipse was a dramatic red Blood Moon eclipse.