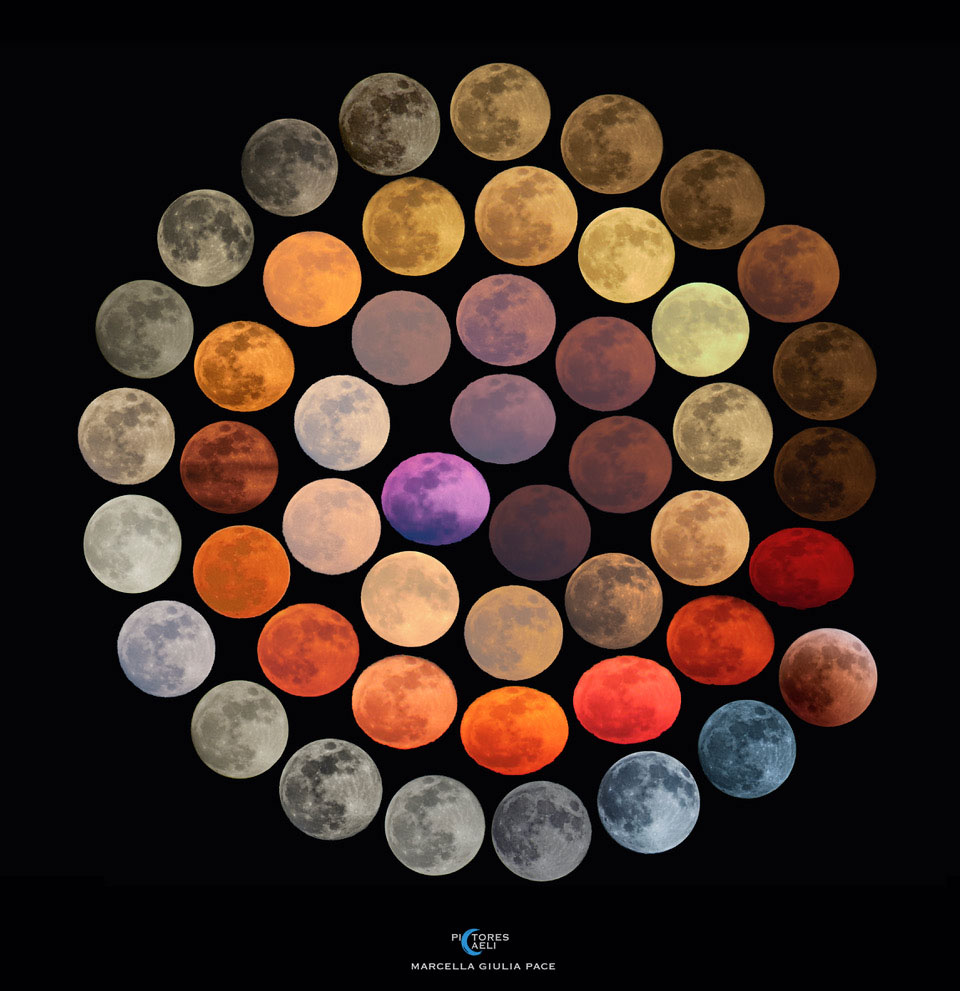 What color is the Moon? It depends on the night. Outside of the Earth’s atmosphere, the dark Moon, which shines by reflected sunlight, appears a magnificently brown-tinged gray. Viewed from inside the Earth’s atmosphere, though, the moon can appear quite different. The featured image highlights a collection of apparent colors of the full moon documented by one astrophotographer over 10 years from different locations across Italy. A red or yellow colored moon usually indicates a moon seen near the horizon. There, some of the blue light has been scattered away by a long path through the Earth’s atmosphere, sometimes laden with fine dust. A blue-colored moon is more rare and can indicate a moon seen through an atmosphere carrying larger dust particles. What created the purple moon is unclear — it may be a combination of several effects. The last image captures the total lunar eclipse of 2018 July — where the moon, in Earth’s shadow, appeared a faint red — due to light refracted through air around the Earth. Today there is not only another full moon but a total lunar eclipse visible to observers in North and South America — an occurrence that may lead to some unexpected lunar colorings.

What no “Lilly White.?