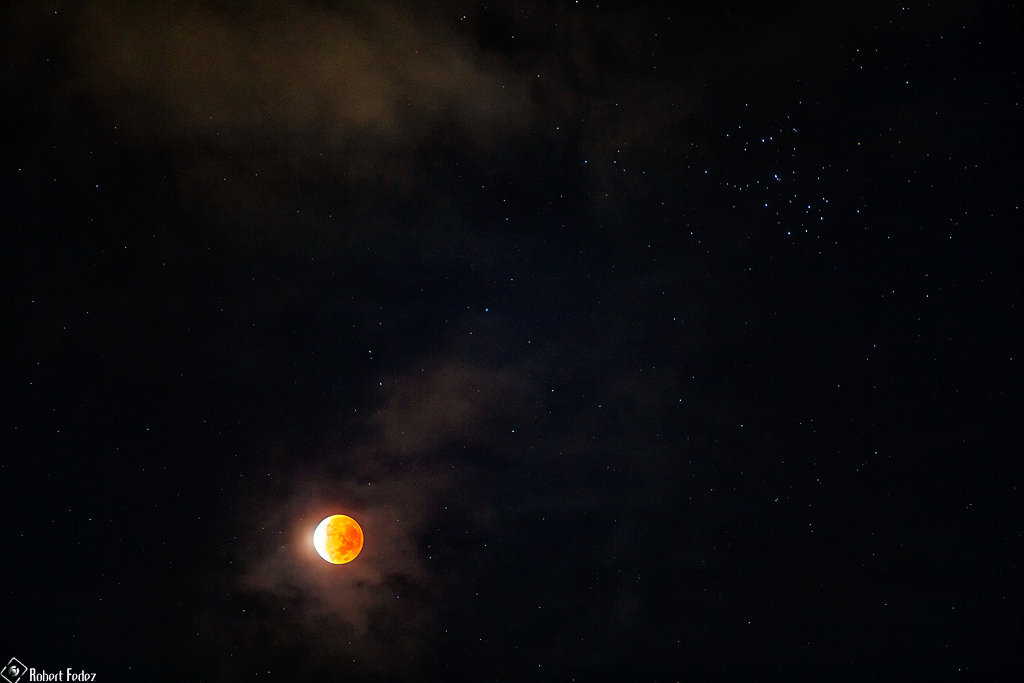 Predawn hours of November 19 found the Moon in partly cloudy skies over Cancun, Mexico. Captured in this telephoto snapshot, the lunar disk is not quite entirely immersed in Earth’s dark umbral shadow during a long partial lunar eclipse. The partial eclipse was deep though, deep enough to show the dimmed but reddened light in Earth’s shadow. That’s a sight often anticipated by fans of total lunar eclipses. Wandering through the constellation Taurus, the eclipsed Moon’s dimmer light also made it easier to spot the Pleiades star cluster. The stars of the Seven Sisters share this frame at the upper right, with the almost totally eclipsed Moon. Notable APOD Submissions (so far): Lunar Eclipse of 2021 November 19