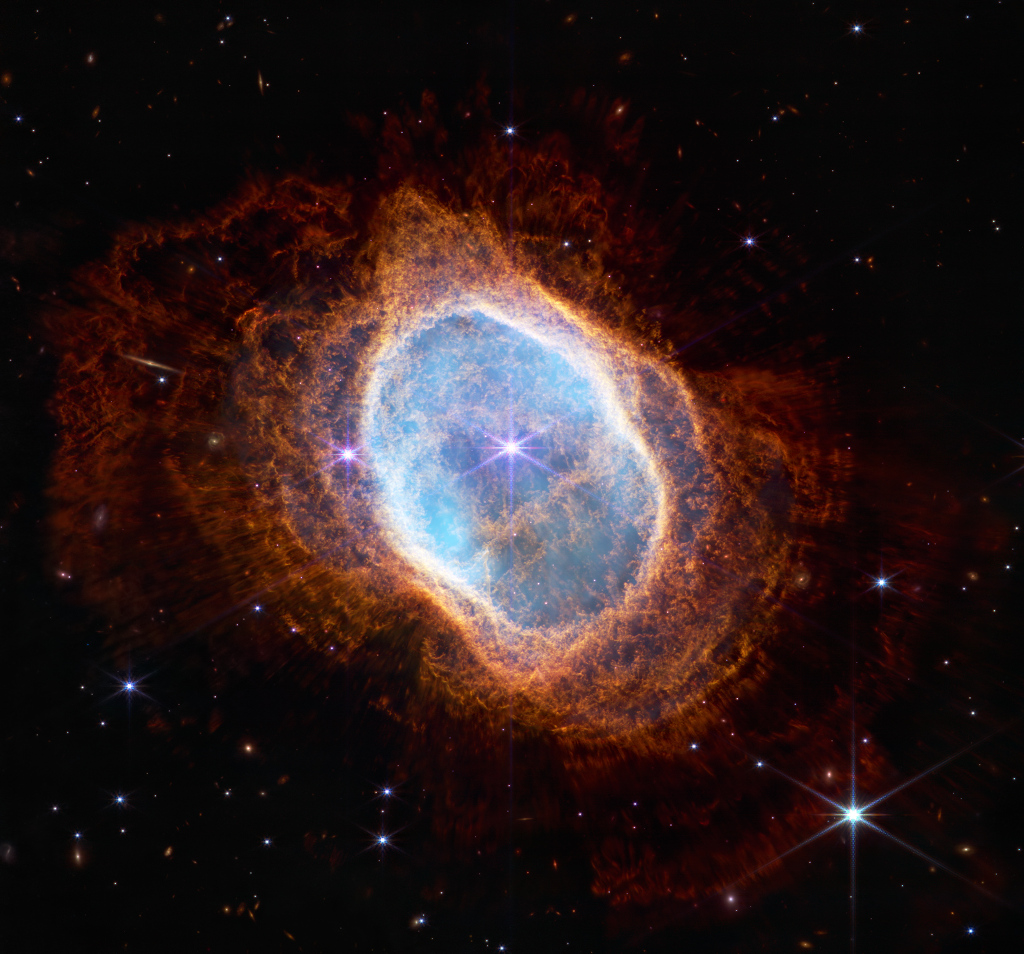 Cataloged as NGC 3132 the Southern Ring Nebula is a planetary nebula, the death shroud of a dying sun-like star some 2,500 light-years from Earth. Composed of gas and dust the stunning cosmic landscape is nearly half a light-year in diameter, explored in unprecedented detail by the James Webb Space Telescope. In this NIRCam image the bright star near center is a companion of the dying star. In mutual orbit, the star whose transformation has ejected the nebula’s gas and dust shells over thousands of years is the fainter stellar partner. Evolving to become a white dwarf, the faint star appears along the diffraction spike extending toward the 8 o’clock position. This stellar pair’s orbital motion has resulted the complex structures within the Southern Ring Nebula.

Beautiful Pic, but it looks like the Amoeba from the TOS Star Trek episode “The Immunity Syndrome” (Who says truth isn’t stranger than fiction). LOL Love it!!!

‘To boldly go where no one has gone before”.!