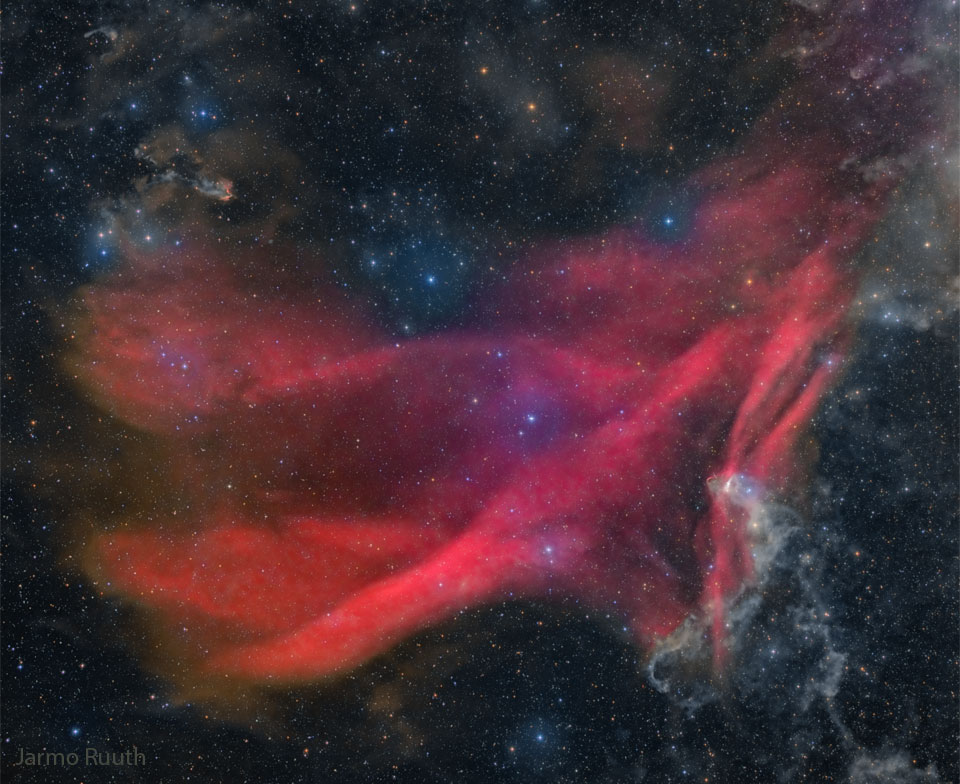 It is one of the largest nebulas on the sky — why isn’t it better known? Roughly the same angular size as the Andromeda Galaxy, the Great Lacerta Nebula can be found toward the constellation of the Lizard (Lacerta). The emission nebula is difficult to see with wide-field binoculars because it is so faint, but also usually difficult to see with a large telescope because it is so great in angle — spanning about three degrees. The depth, breadth, waves, and beauty of the nebula — cataloged as Sharpless 126 (Sh2-126) — can best be seen and appreciated with a long duration camera exposure. The featured image is one such combined exposure — in this case 10 hours over five different colors and over six nights during this past June and July at the IC Astronomy Observatory in Spain. The hydrogen gas in the Great Lacerta Nebula glows red because it is excited by light from the bright star 10 Lacertae, one of the bright blue stars just above the red-glowing nebula’s center. The stars and nebula are about 1,200 light years distant. Harvest Full Moon 2022: Notable Submissions to APOD