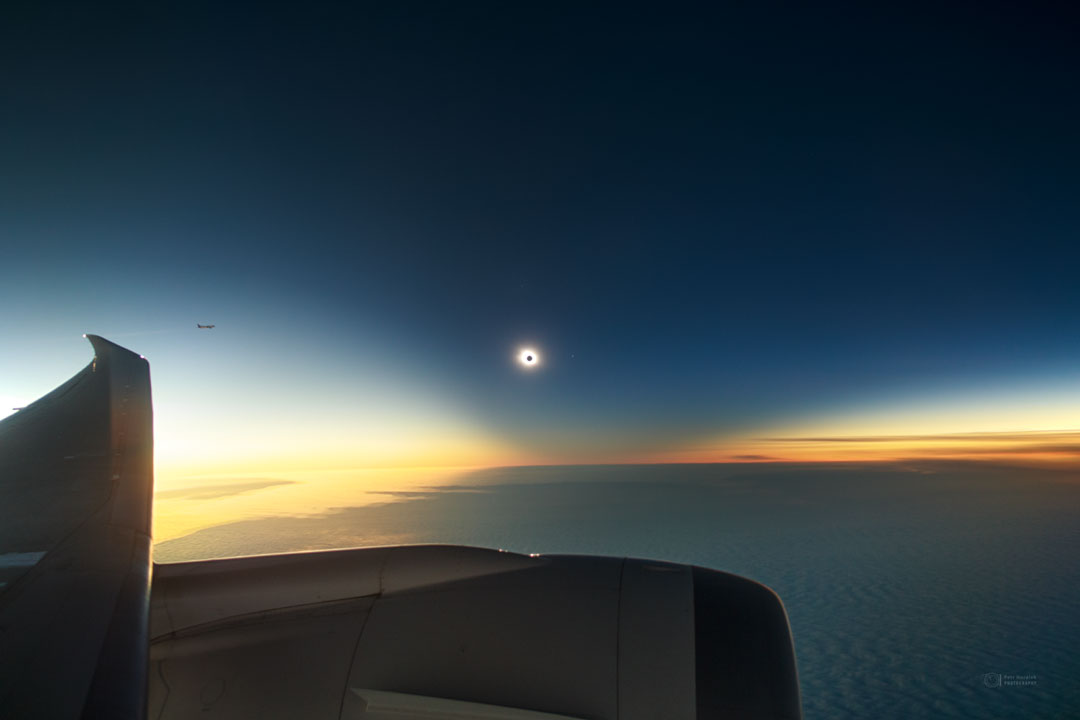 Yesterday there was a total solar eclipse visible only at the end of the Earth. To capture the unusual phenomenon, airplanes took flight below the clouded seascape of Southern Ocean. The featured image shows one relatively spectacular capture where the bright spot is the outer corona of the Sun and the eclipsing Moon is seen as the dark spot in the center. A wing and engine of the airplane are visible across the left and bottom of the image, while another airplane observing the eclipse is visible on the far left. The dark area of the sky surrounding the eclipsed Sun is called a shadow cone. It is dark because you are looking down a long corridor of air shadowed by the Moon. A careful inspection of the eclipsed Sun will reveal the planet Mercury just to the right. The next total solar eclipse shadow will cross parts of Australia and Indonesia in April of 2023, while the one after that will cross North America in April of 2024. Notable Eclipse Submissions to APOD: Total Solar Eclipse of 2021 December