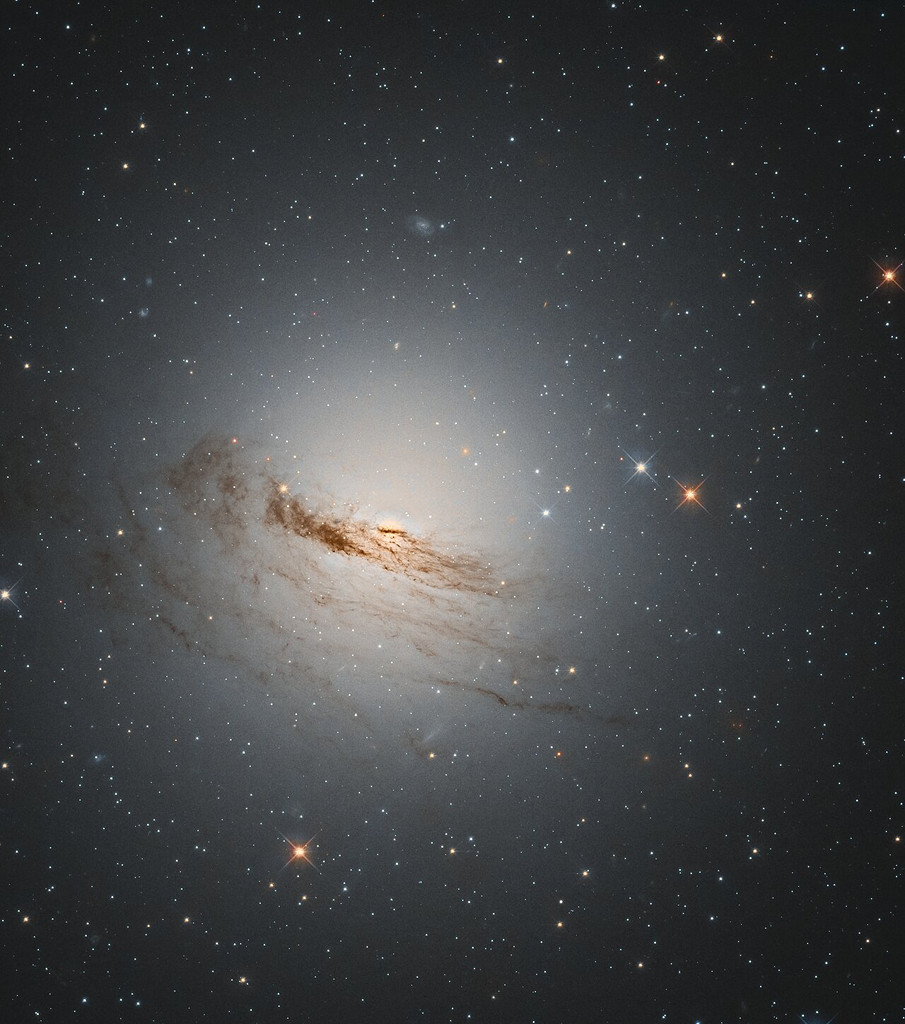 Found in far southern skies, deep within the boundaries of the constellation Dorado, NGC 1947 is some 40 million light-years away. In silhouette against starlight, obscuring lanes of cosmic dust thread across the peculiar galaxy’s bright central regions. Unlike the rotation of stars, gas, and dust tracing the arms of spiral galaxies, the motions of dust and gas don’t follow the motions of stars in NGC 1947 though. Their more complicated disconnected motion suggest this galaxy’s visible threads of dust and gas may have come from a donor galaxy, accreted by NGC 1947 during the last 3 billion years or so of the peculiar galaxy’s evolution. With spiky foreground Milky Way stars and even more distant background galaxies scattered through the frame, this sharp Hubble image spans about 25,000 light-years near the center of NGC 1947.