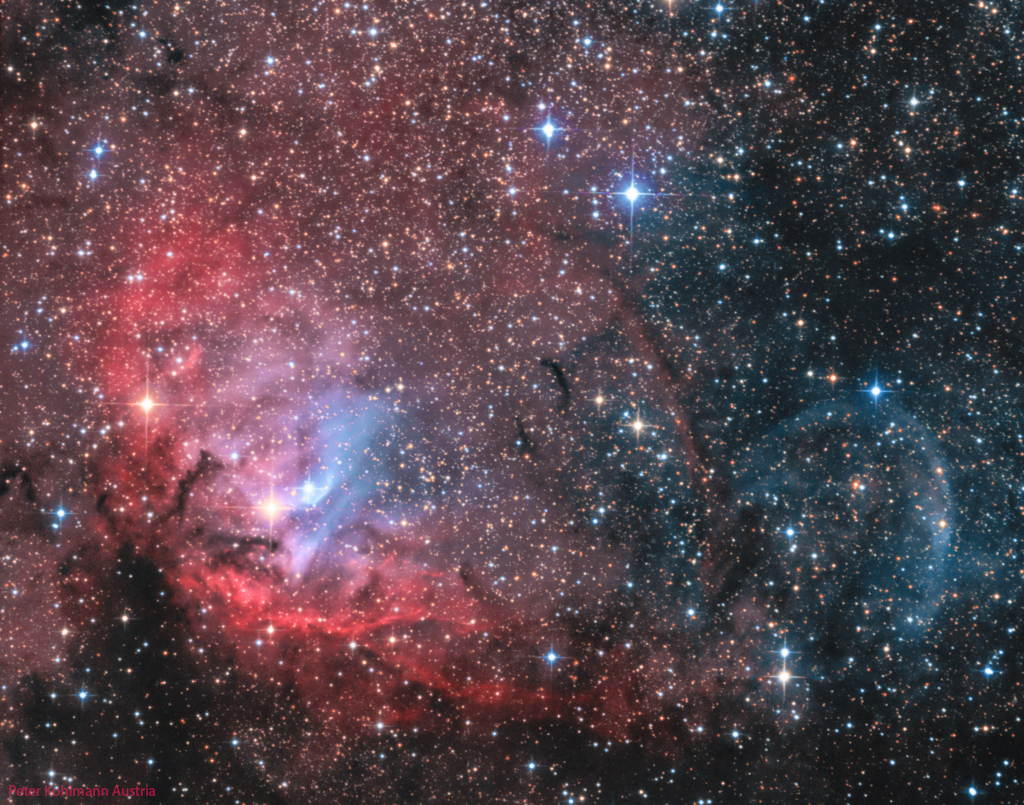 Framing a bright emission region, this telescopic view looks out along the plane of our Milky Way Galaxy toward the nebula rich constellation Cygnus the Swan. Popularly called the Tulip Nebula, the reddish glowing cloud of interstellar gas and dust is also found in the 1959 catalog by astronomer Stewart Sharpless as Sh2-101. Nearly 70 light-years across, the complex and beautiful Tulip Nebula blossoms about 8,000 light-years away. Ultraviolet radiation from young energetic stars at the edge of the Cygnus OB3 association, including O star HDE 227018, ionizes the atoms and powers the emission from the Tulip Nebula. Also in the field of view is microquasar Cygnus X-1, one of the strongest X-ray sources in planet Earth’s sky. Blasted by powerful jets from a lurking black hole its fainter bluish curved shock front is only just visible though, beyond the cosmic Tulip’s petals near the right side of the frame. Back to School? Learn Science with NASA

Is it possible for you to post these pictures in a size suitable for downloading and filling the wallpaper of a large computer monitor?

Most of the images are available in large format on the NASA website.