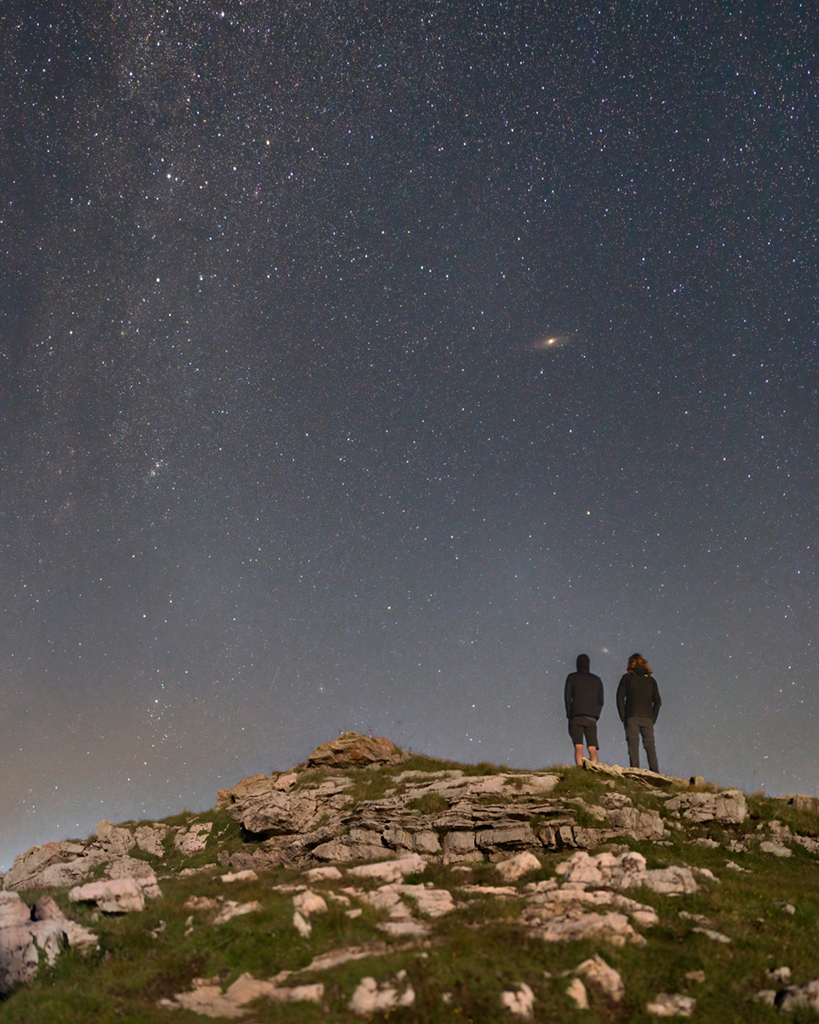 On an August night two friends enjoyed this view after a day’s hike on the Plateau d’Emparis in the French Alps. At 2400 meters altitude the sky was clear. Light from a setting moon illuminates the foreground captured in the simple vertical panorama of images. Along the plane of our Milky Way galaxy stars of Cassiopeia and Perseus shine along the panorama’s left edge. But seen as a faint cloud with a brighter core, the Andromeda galaxy, stands directly above the two friends in the night. The nearest large spiral galaxy, Andromeda is about 2.5 million light-years beyond the stars of the Milky Way. Adding to the evening’s shared extragalactic perspective, the fainter fuzzy spot in the sky right between them is M33, also known as the Triangulum galaxy. Third largest in the local galaxy group, after Andromeda and Milky Way, the Triangulum galaxy is about 3 million light-years distant. On that night, the two friends stood about 3 light-nanoseconds apart.