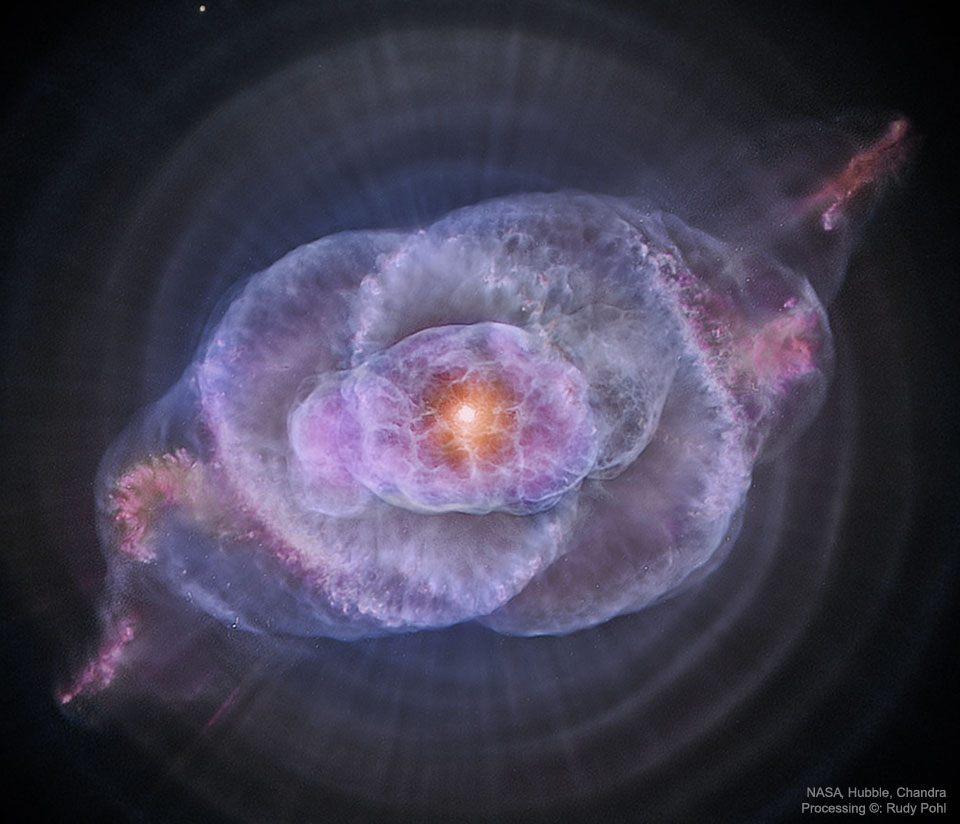 To some it looks like a cat’s eye. To others, perhaps like a giant cosmic conch shell. It is actually one of brightest and most highly detailed planetary nebula known, composed of gas expelled in the brief yet glorious phase near the end of life of a Sun-like star. This nebula’s dying central star may have produced the outer circular concentric shells by shrugging off outer layers in a series of regular convulsions. The formation of the beautiful, complex-yet-symmetric inner structures, however, is not well understood. The featured image is a composite of a digitally sharpened Hubble Space Telescope image with X-ray light captured by the orbiting Chandra Observatory. The exquisite floating space statue spans over half a light-year across. Of course, gazing into this Cat’s Eye, humanity may well be seeing the fate of our sun, destined to enter its own planetary nebula phase of evolution … in about 5 billion years. APOD in world languages: Arabic, Bulgarian, Catalan, Chinese (Beijing), Chinese (Taiwan), Croatian, Czech, Dutch, French, French (Canada), German, Hebrew, Indonesian, Japanese, Korean, Montenegrin, Polish, Russian, Serbian, Slovenian, Spanish, Taiwanese, Turkish, Turkish, and Ukrainian