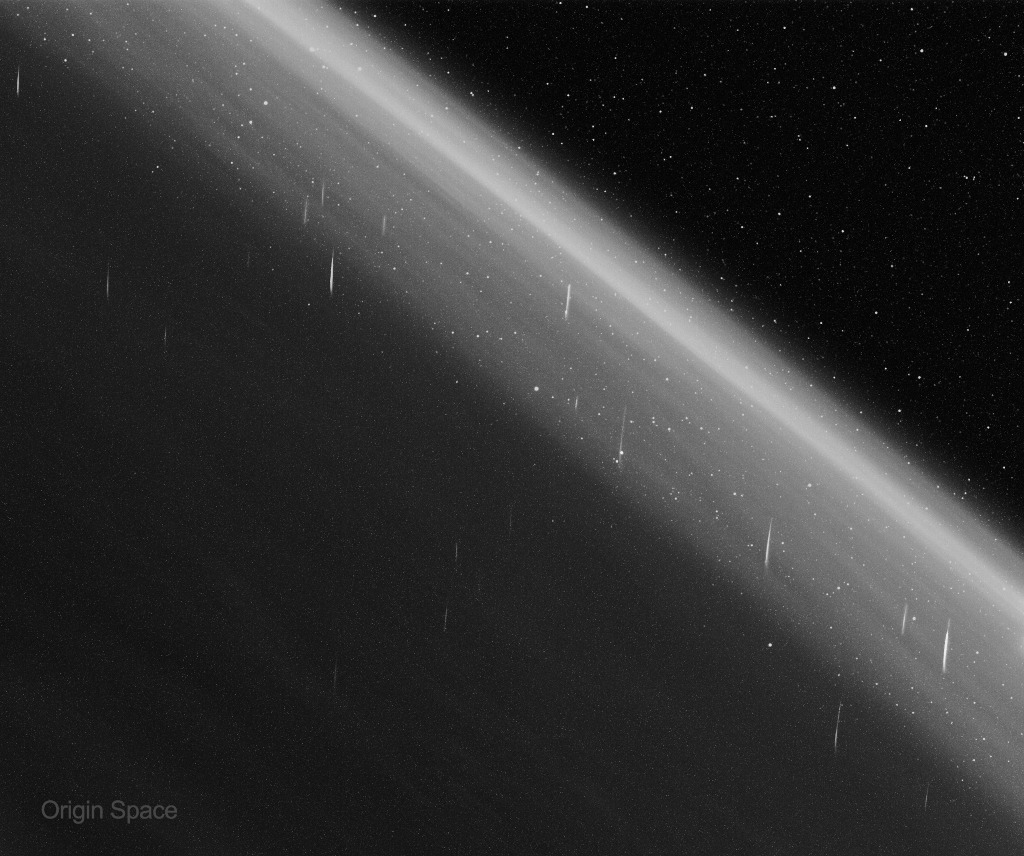 On May 31 tens of parallel meteor streaks were recorded in this 8 degree wide field of view of planet Earth’s limb from space. The image is one of a series of 5 minute long observations by the orbiting Yangwang-1 space telescope. It was captured at 03:43 UT, near the peak of the Tau Herculid meteor shower. As predicted, the meteor shower was an active one this year, caused as Earth swept through a relatively dense stream of debris from disintegrating Comet 73P/Schwassmann-Wachmann 3, but was lacking bright meteors. Nearly all of the Tau Herculid meteors in the Yangwang-1 image are too faint to be detected by groundbased instruments. But on that date patient earthbound skywatchers under clear skies still enjoyed a memorable showing of the Tau Herculids.