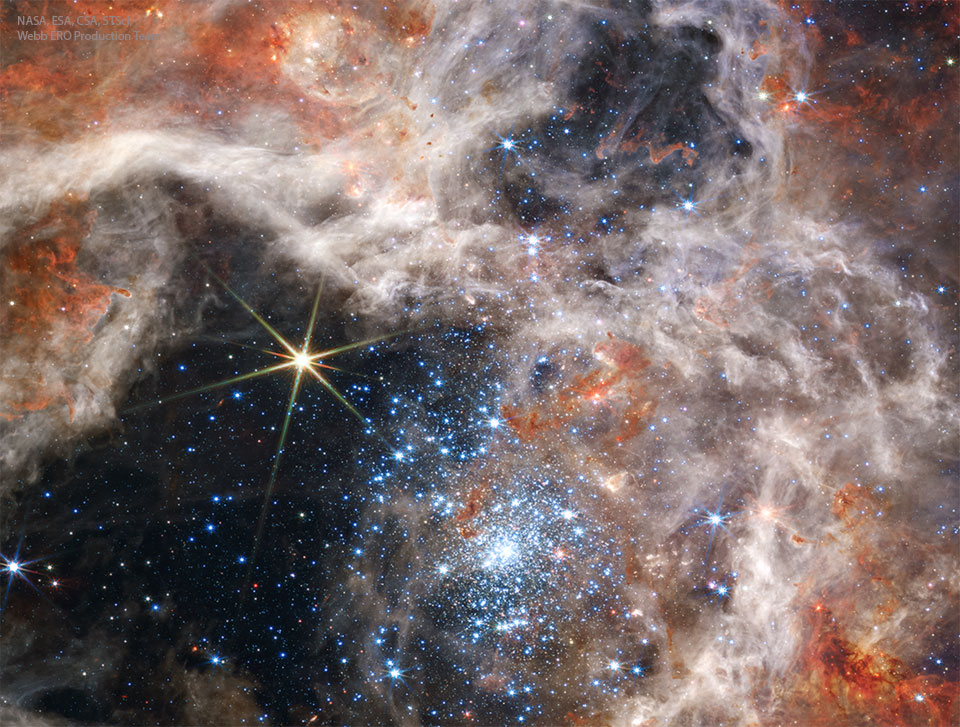 Near the center of a nearby star-forming region lies a massive cluster containing some of the largest and hottest stars known. Collectively known as star cluster NGC 2070, these stars are part of the vast Tarantula Nebula and were captured in two kinds of infrared light by the new Webb Space Telescope. The main image shows the group of stars at NGC 2070’s center — known as R136 — in near-infrared, light just a bit too red for humans to see. In contrast, the rollover image captures the cluster center in mid-infrared light, light closer to radio waves. Since R136’s brightest stars emit more of their light in the near infrared, they are much more prominent on that image. This LMC cluster’s massive stars emit particle winds and energetic light that are evaporating the gas cloud from which they formed. The Webb images, released yesterday, shows details of R136 and its surroundings that have never been seen before, details that are helping humanity to better understanding of how all stars are born, evolve and die.

Life is out there but not as we know it.!