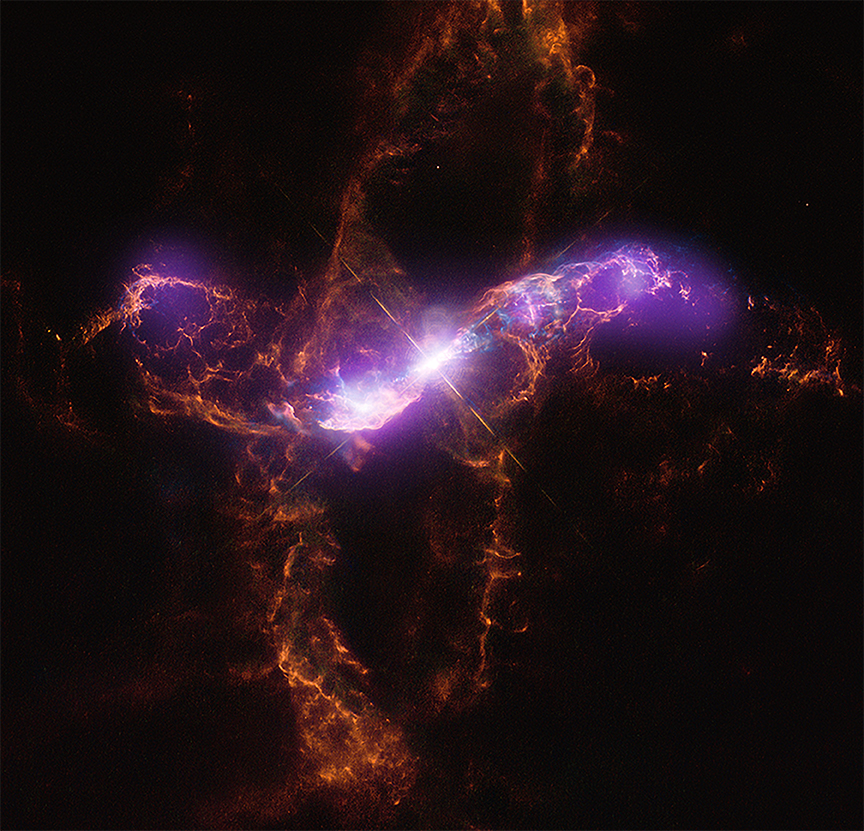 Variable star R Aquarii is actually an interacting binary star system, two stars that seem to have a close symbiotic relationship. Centered in this space-based optical/x-ray composite image it lies about 710 light years away. The intriguing system consists of a cool red giant star and hot, dense white dwarf star in mutual orbit around their common center of mass. With binoculars you can watch as R Aquarii steadily changes its brightness over the course of a year or so. The binary system’s visible light is dominated by the red giant, itself a Mira-type long period variable star. But material in the cool giant star’s extended envelope is pulled by gravity onto the surface of the smaller, denser white dwarf, eventually triggering a thermonuclear explosion, blasting material into space. Astronomers have seen such outbursts over recent decades. Evidence for much older outbursts is seen in these spectacular structures spanning almost a light-year as observed by the Hubble Space Telescope (in red and blue). Data from the Chandra X-ray Observatory (in purple) shows the X-ray glow from shock waves created as a jet from the white dwarf strikes surrounding material.