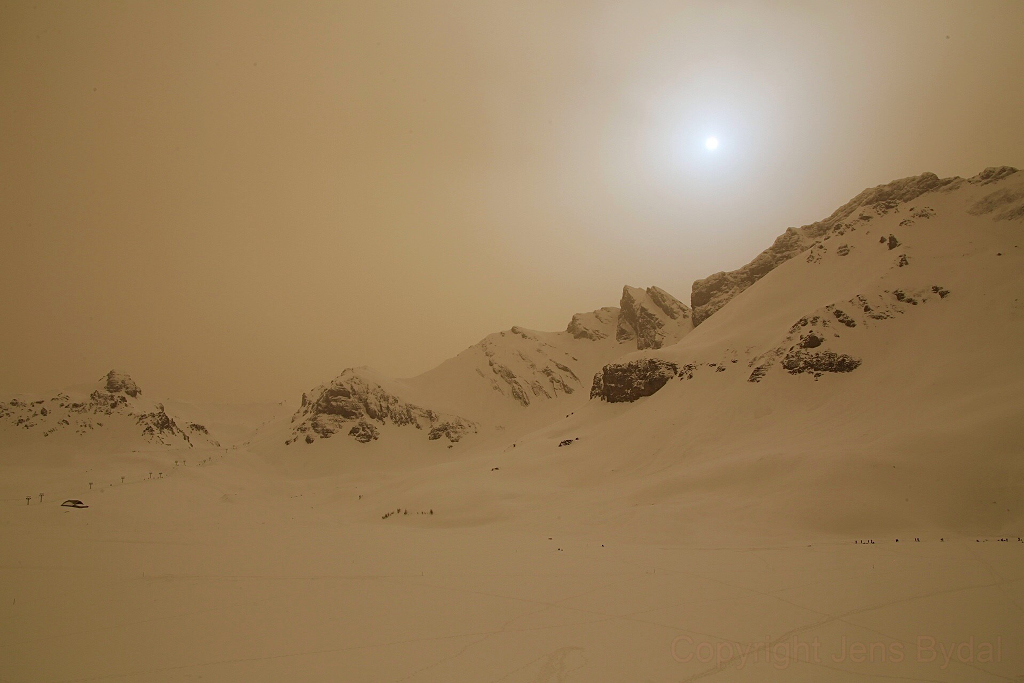 Taken on February 6, this snowy mountain and skyscape was captured near Melchsee-Frutt, central Switzerland, planet Earth. The reddish daylight and blue tinted glow around the afternoon Sun are colors of the Martian sky, though. Of course both worlds have the same Sun. From Mars, the Sun looks only about half as bright and 2/3 the size compared to its appearance from Earth. Lofted from the surface of Mars, fine dust particles suspended in the thin Martian atmosphere are rich in the iron oxides that make the Red Planet red. They tend to absorb blue sunlight giving a red tinge to the Martian sky, while forward scattering still makes the light appear relatively bluish near the smaller, fainter Martian Sun. Normally Earth’s denser atmosphere strongly scatters blue light, making the terrestrial sky blue. But on February 6 a huge cloud of dust blown across the Mediterranean from the Sahara desert reached the Swiss Alps, dimming the Sun and lending that Alpine afternoon the colors of the Martian sky. By the next day, only the snow was left covered with reddish dust. News from Mars: NASA Perseverance Coverage

It’s a surreal but beautiful picture.