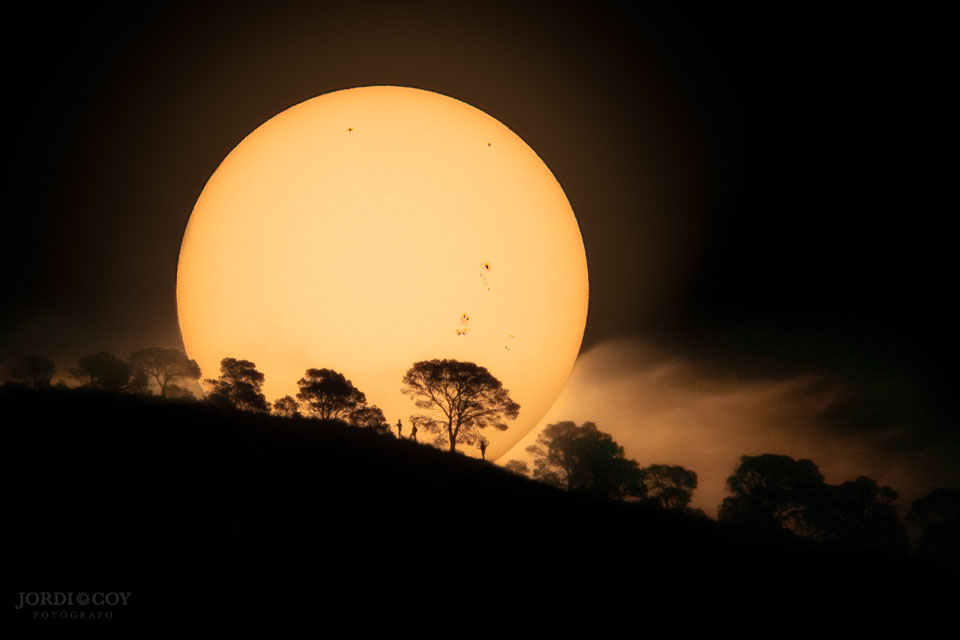 Is this giant orange ball about to roll down that tree-lined hill? No, because the giant orange ball is actually the Sun. Our Solar System’s central star was captured rising beyond a hill on Earth twelve days ago complete with a delightfully detailed foreground. The Sun’s disk showed five sunspots, quite a lot considering that during the solar minimum in solar activity of the past few years, most days showed no spots. A close look at the hill — Sierra del Cid in Perter, Spain — reveals not only silhouetted pine trees, but silhouetted people — by coincidence three brothers of the photographer. The trees and brothers were about 3.5-kilometers away during the morning of the well-planned, single-exposure image. A dark filter muted the usually brilliant Sun and brought up great detail on the lower sunspots. Within a few minutes, the Sun rose far above the hill, while within a week, the sunspots rotated around the Sun, out of view. The captured scene, however, is now frozen in time for all to enjoy.