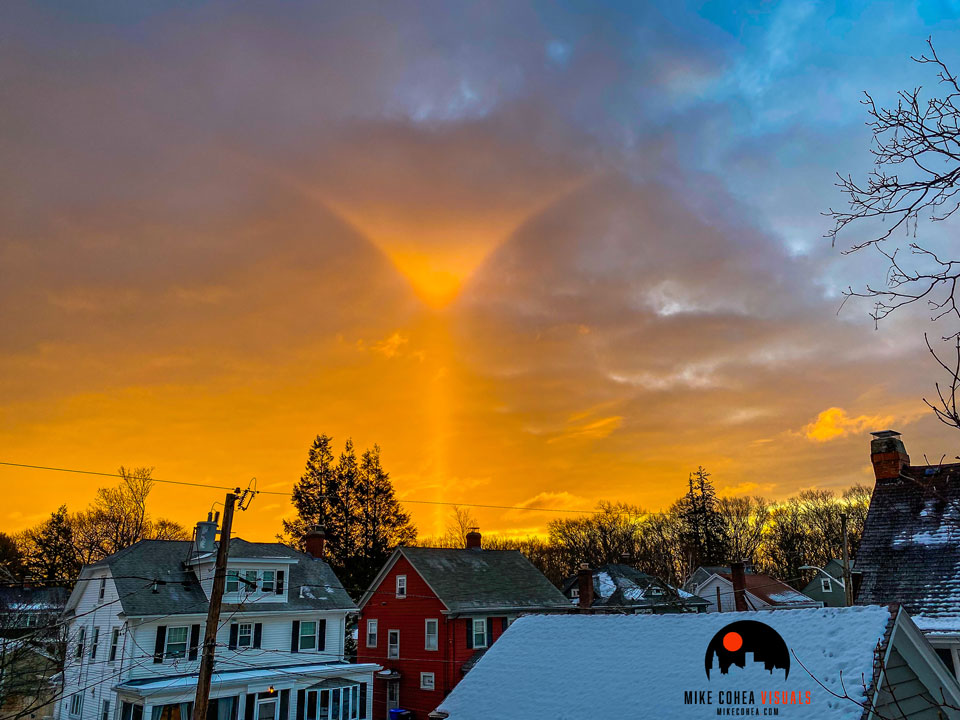 This was not a typical sun pillar. Just after sunrise two weeks ago in Providence, Rhode Island, USA, a photographer, looking out his window, was suddenly awestruck. The astonishment was caused by a sun pillar that fanned out at the top. Sun pillars, singular columns of light going up from the Sun, are themselves rare to see, and are known to be caused by sunlight reflecting from wobbling, hexagon-shaped ice-disks falling through Earth’s atmosphere. Separately, upper tangent arcs are known to be caused by sunlight refracting through falling hexagon-shaped ice-tubes. Finding a sun pillar connected to an upper tangent arc is extraordinary, and, initially, took some analysis to figure out what was going on. A leading theory is that this sun pillar was also created, in a complex and unusual way, by falling ice tubes. Few might believe that such a rare phenomenon was seen again if it wasn’t for the quick thinking of the photographer — and the camera on his nearby smartphone. News from Mars: NASA Perseverance Coverage