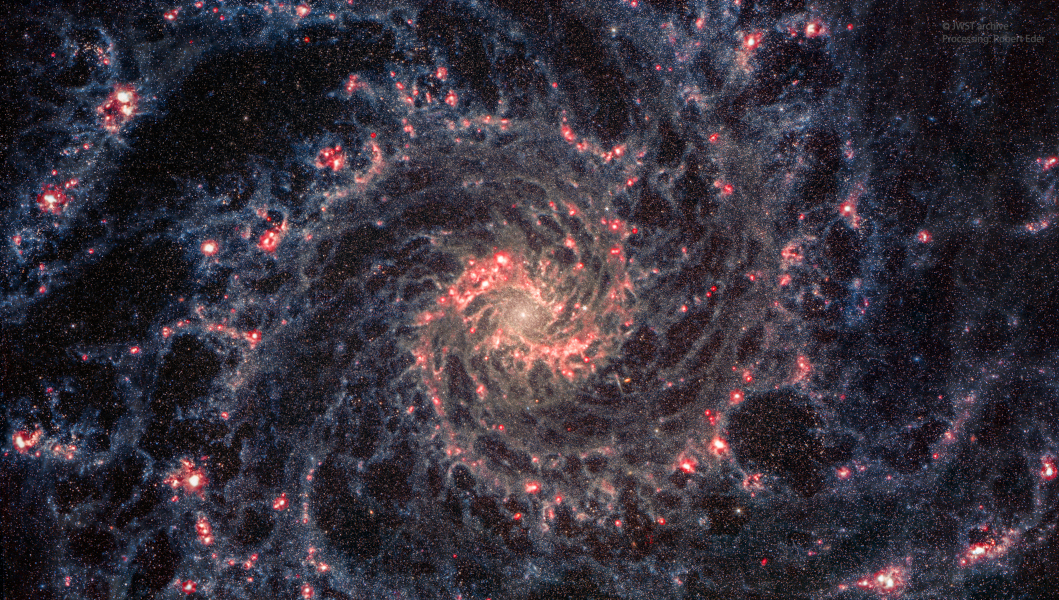 Beautiful spiral galaxy Messier 74 (also known as NGC 628) lies some 32 million light-years away toward the constellation Pisces. An island universe of about 100 billion stars with two prominent spiral arms, M74 has long been admired by astronomers as a perfect example of a grand-design spiral galaxy. M74’s central region is brought into a stunning, sharp focus in this recently processed image using publicly available data from the James Webb Space Telescope. The colorized combination of image data sets is from two of Webb’s instruments NIRcam and MIRI, operating at near- and mid-infrared wavelengths. It reveals cooler stars and dusty structures in the grand-design spiral galaxy only hinted at in previous space-based views.