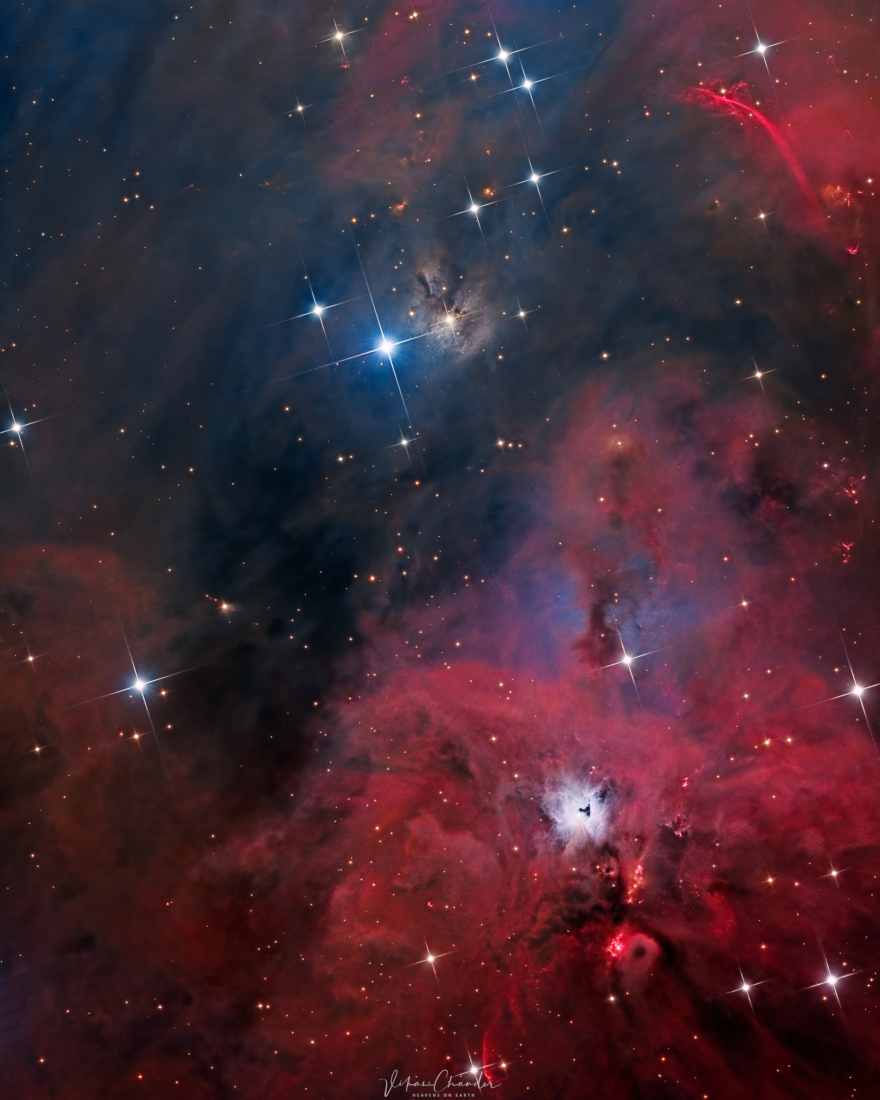 South of the large star-forming region known as the Orion Nebula, lies bright blue reflection nebula NGC 1999. At the edge of the Orion molecular cloud complex some 1,500 light-years distant, NGC 1999’s illumination is provided by the embedded variable star V380 Orionis. The nebula is marked with a dark sideways T-shape at center right in this telescopic vista that spans about two full moons on the sky. Its dark shape was once assumed to be an obscuring dust cloud seen in silhouette. But infrared data suggest the shape is likely a hole blown through the nebula itself by energetic young stars. In fact, this region abounds with energetic young stars producing jets and outflows with luminous shock waves. Cataloged as Herbig-Haro (HH) objects, named for astronomers George Herbig and Guillermo Haro, the shocks have intense reddish hues. HH1 and HH2 are just below and right of NGC 1999. HH222, also known as the Waterfall nebula, looks like a red gash near top right in the frame. To create the shocks stellar jets push through the surrounding material at speeds of hundreds of kilometers per second.