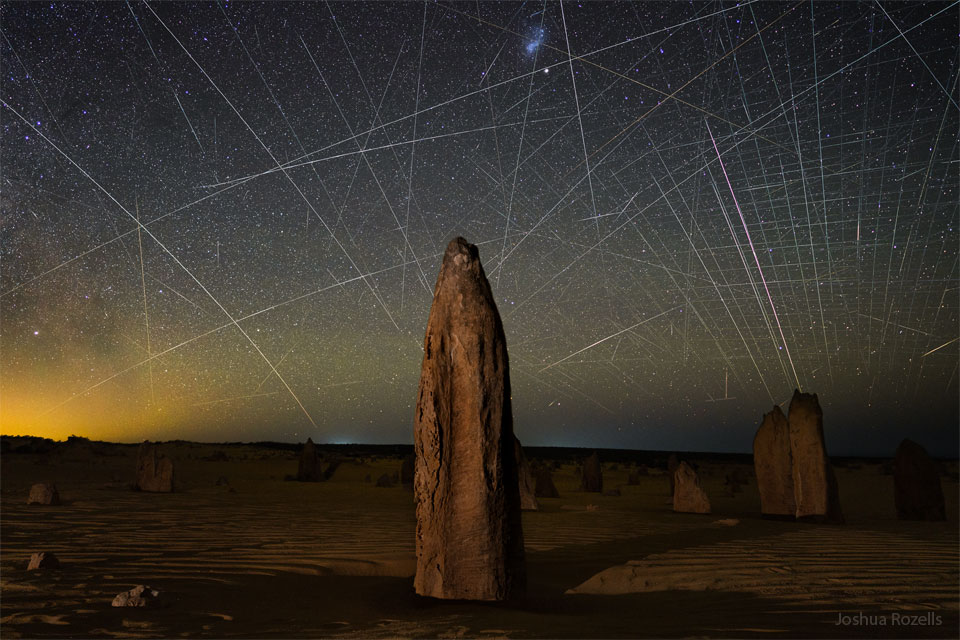 What are all those streaks across the background? Satellite trails. First, the foreground features picturesque rock mounds known as Pinnacles. Found in the Nambung National Park in Western Australia, these human-sized spires are made by unknown processes from ancient sea shells (limestone). Perhaps more eye-catching, though, is the sky behind. Created by low-Earth orbit satellites reflecting sunlight, all of these streaks were captured in less than two hours and digitally combined onto the single featured image, with the foreground taken consecutively by the same camera and from the same location. Most of the streaks were made by the developing Starlink constellation of communication satellites, but some are not. In general, the streaks are indicative of an increasing number of satellites nearly continuously visible above the Earth after dusk and before dawn. Understanding and removing the effects of satellite trails on images from Earth’s ground-based cameras and telescopes is now important not only for elegant astrophotography, but for humanity’s scientific understanding of the distant universe. Astrophysicists: Browse 2,800+ codes in the Astrophysics Source Code Library