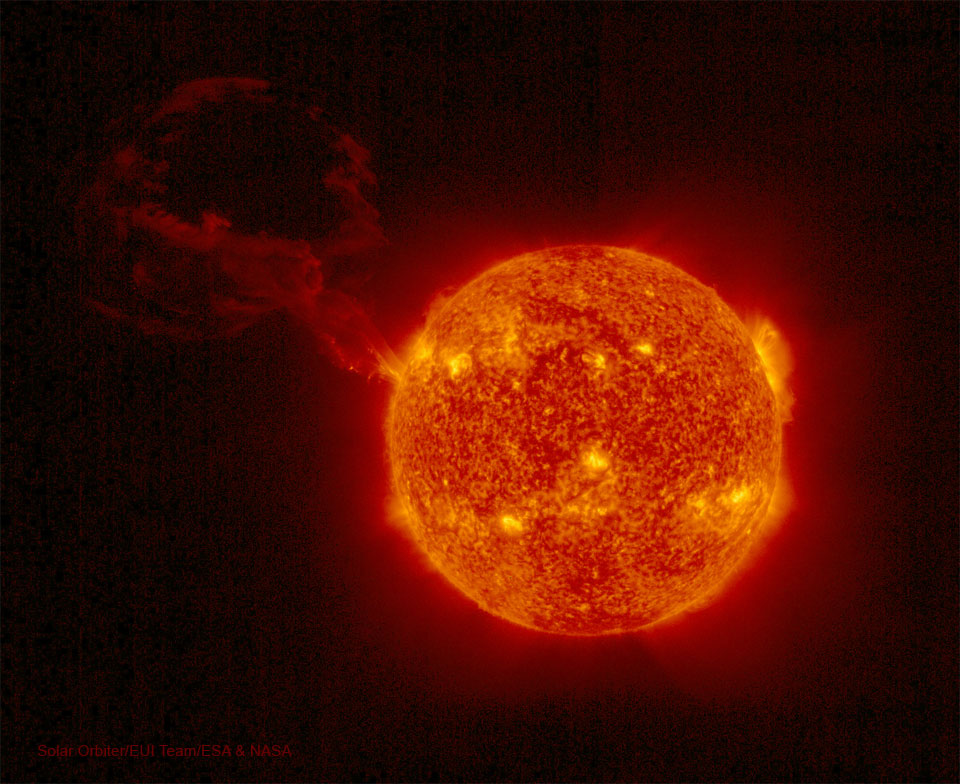 What’s happened to our Sun? Last month, it produced the largest prominence ever imaged together with a complete solar disk. The record image, featured, was captured in ultraviolet light by the Sun-orbiting Solar Orbiter spacecraft. A quiescent solar prominence is a cloud of hot gas held above the Sun’s surface by the Sun’s magnetic field. This solar prominence was huge — spanning a length rivaling the diameter of the Sun itself. Solar prominences may erupt unpredictably and expel hot gas into the Solar System via a Coronal Mass Ejection (CME). When a CME strikes the Earth and its magnetosphere, bright auroras may occur. This prominence did produce a CME, but it was directed well away from the Earth. Although surely related to the Sun’s changing magnetic field, the energy mechanism that creates and sustains a solar prominence remains a topic of research.