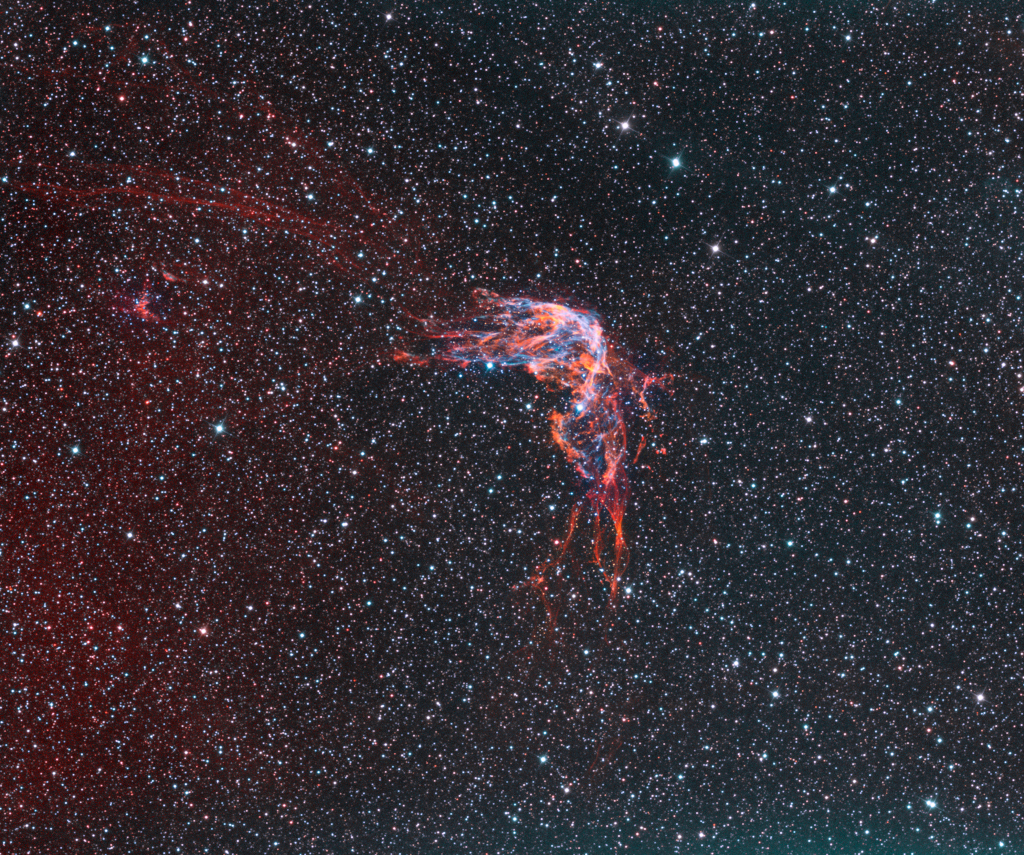 In 185 AD, Chinese astronomers recorded the appearance of a new star in the Nanmen asterism. That part of the sky is identified with Alpha and Beta Centauri on modern star charts. The new star was visible for months and is thought to be the earliest recorded supernova. This deep image shows emission nebula RCW 86, understood to be the remnant of that stellar explosion. The narrowband data trace gas ionized by the still expanding shock wave. Space-based images indicate an abundance of the element iron and lack of a neutron star or pulsar in the remnant, suggesting that the original supernova was Type Ia. Unlike the core collapse supernova explosion of a massive star, a Type Ia supernova is a thermonuclear detonation on a a white dwarf star that accretes material from a companion in a binary star system. Near the plane of our Milky Way galaxy and larger than a full moon on the sky this supernova remnant is too faint to be seen by eye though. RCW 86 is some 8,000 light-years distant and around 100 light-years across.

Its the “long hair supernova” to us .!