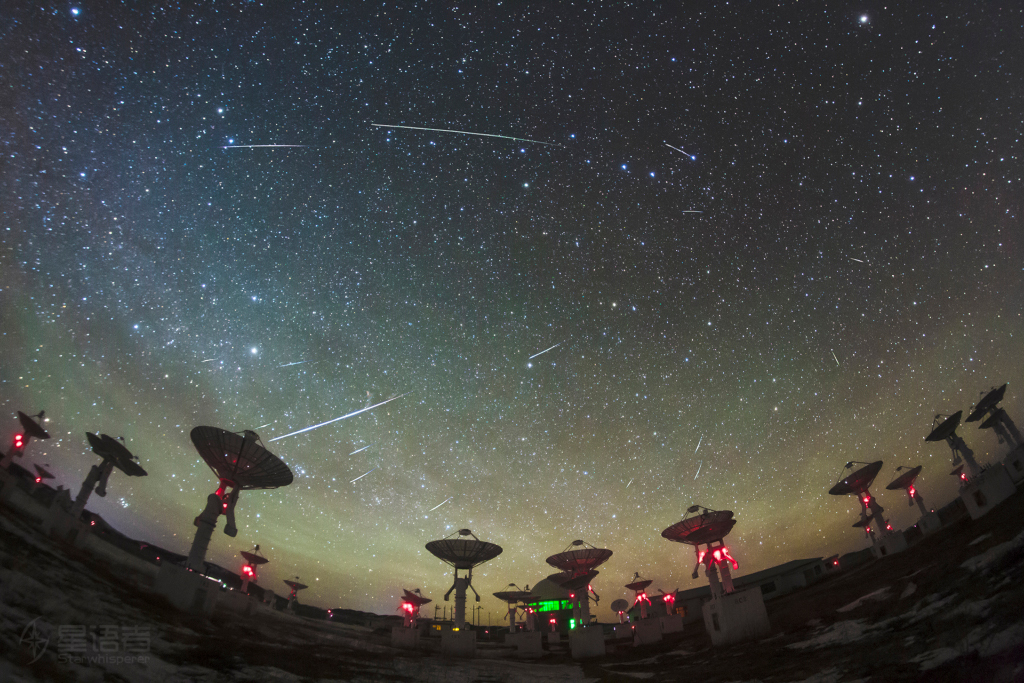 Named for a forgotten constellation, the Quadrantid Meteor Shower puts on an annual show for planet Earth’s northern hemisphere skygazers. The shower’s radiant on the sky lies within the old, astronomically obsolete constellation Quadrans Muralis. That location is not far from the Big Dipper, at the boundaries of the modern constellations Bootes and Draco. In fact north star Polaris is just below center in this frame and the Big Dipper asterism (known to some as the Plough) is above it, with the meteor shower radiant to the right. Pointing back toward the radiant, Quadrantid meteors streak through the night in the panoramic skyscape, a composite of images taken in the hours around the shower’s peak on January 4, 2022. Arrayed in the foreground are radio telescopes of the Chinese Spectral Radioheliograph, Mingantu Observing Station, Inner Mongolia, China. A likely source of the dust stream that produces Quadrantid meteors was identified in 2003 as an asteroid. Status Updates: Deploying the James Webb Space Telescope