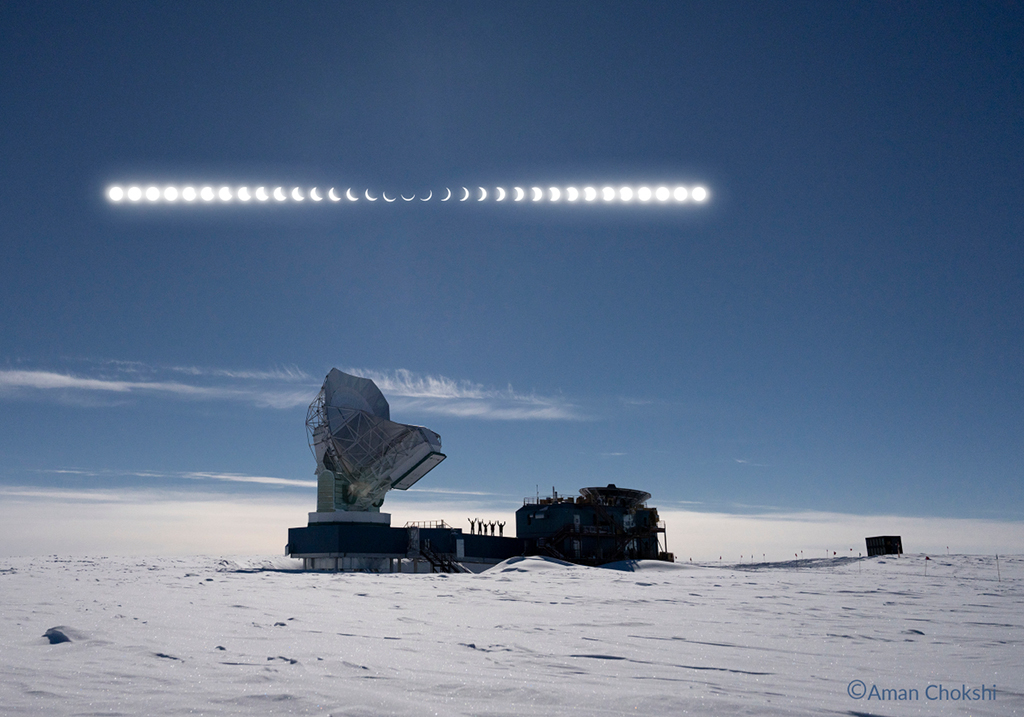 From this vantage point about three quarters of a mile from planet Earth’s geographic South Pole, the December 4 eclipse of the Sun was seen as a partial eclipse. At maximum eclipse the New Moon blocked 90 percent of the solar disk. Of course, crews at the South Pole Telescope (left) and BICEP telescope (right) climbed to the roof of Amundsen-Scott station’s Dark Sector Laboratory to watch. Centered near the local eclipse maximum, the composite timelapse view features an image of the Sun in cold antarctic skies taken every four minutes. Left to right along the roof line it also features the raised arms of Brandon Amat, Aman Chokshi, Cheng Zhang, James Bevington and Allen Forster.