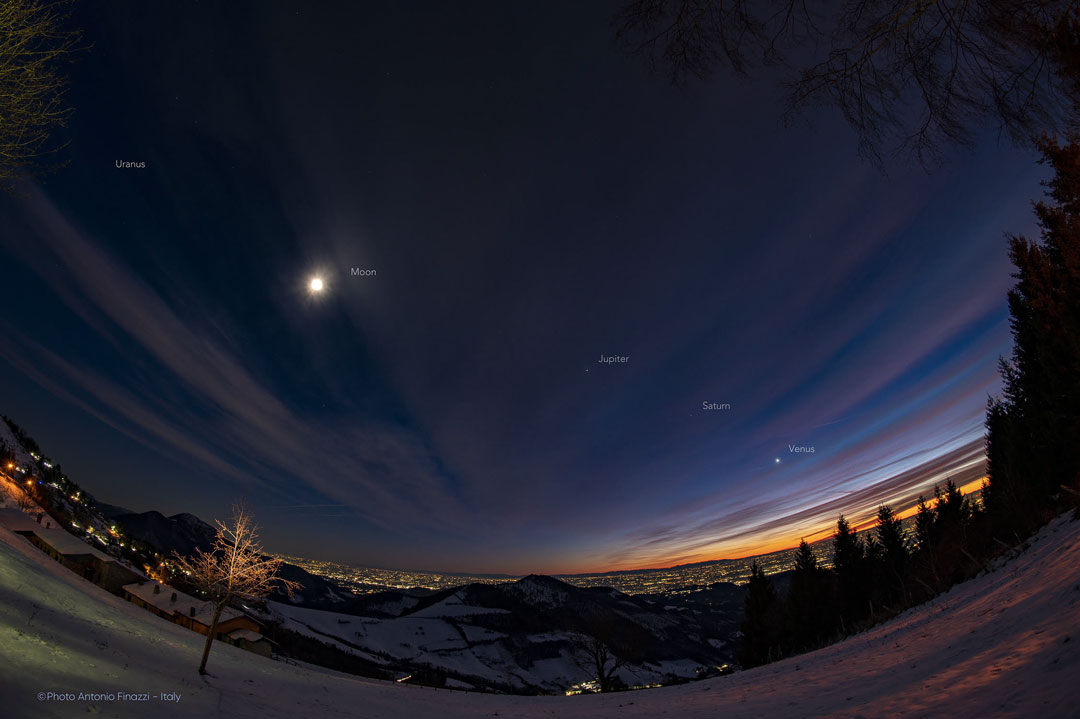 It is not a coincidence that planets line up. That’s because all of the planets orbit the Sun in (nearly) a single sheet called the plane of the ecliptic. When viewed from inside that plane — as Earth dwellers are likely to do — the planets all appear confined to a single band. It is a coincidence, though, when three of the brightest planets all appear in nearly the same direction. Such a coincidence was captured earlier this month. Featured above (right to left), Venus, Saturn, and Jupiter were all imaged together in a line just after sunset, from the San Fermo Hills, Bergamo, Italy. Joining the alignment are Earth’s Moon, and the position of the more distant Uranus. Bands of clouds streak across the sky toward the setting Sun. As Comet Leonard fades, this planetary alignment — absent the Moon — should persist for the rest of the month. Discovery + Outreach: Graduate student research position open for APOD

Beautiful pic!That is a gorgeous evening!