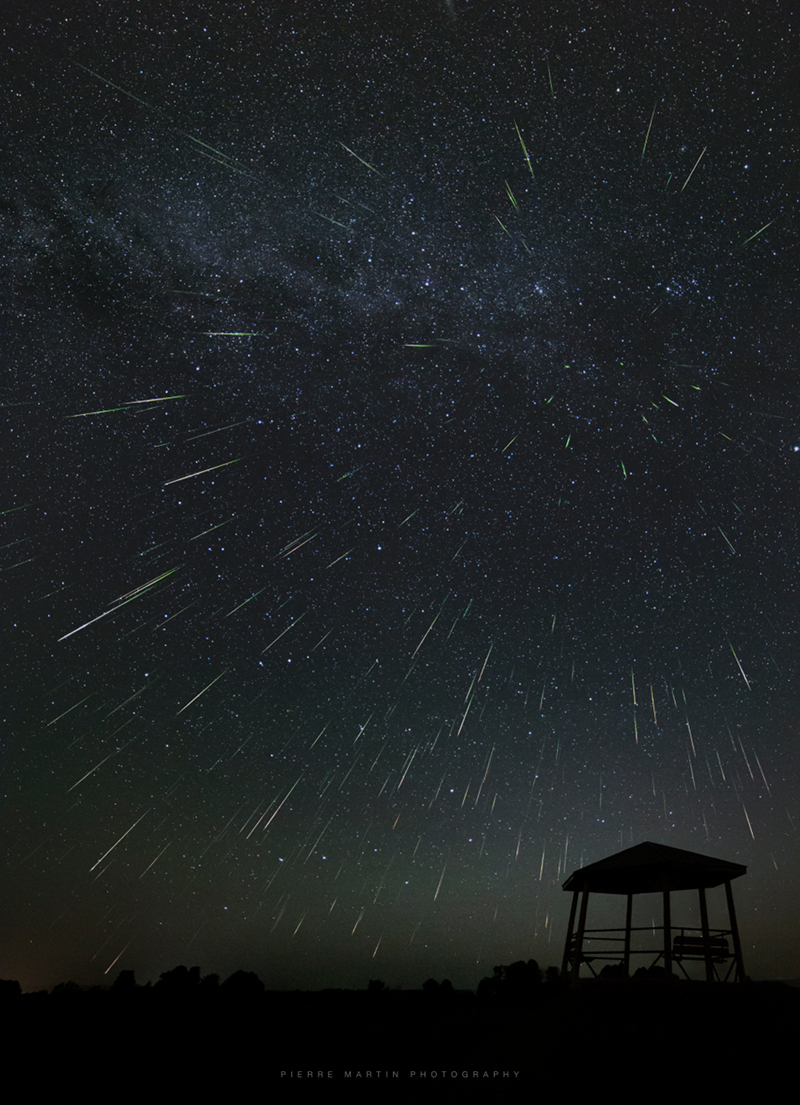 This year an outburst of Perseid meteors surprised skywatchers. The reliable meteor shower’s peak was predicted for the night of August 12/13. But persistent visual observers in North America were deluged with a startling Perseid shower outburst a day later, with reports of multiple meteors per minute and sometimes per second in the early hours of August 14. The shower radiant is high in a dark night sky in this composite image. It painstakingly registers the trails of 282 Perseids captured during the stunning outburst activity between 0650 UT (02:50am EDT) and 0900 UT (05:00am EDT) on August 14 from Westmeath Lookout, Ontario. Of course the annual Perseid meteor shower is associated with planet Earth’s passage through dusty debris from periodic comet 109P/Swift-Tuttle. The 2021 outburst could have been caused by an unanticipated encounter with the Perseid Filament, a denser ribbon of dust inside the broader debris zone.