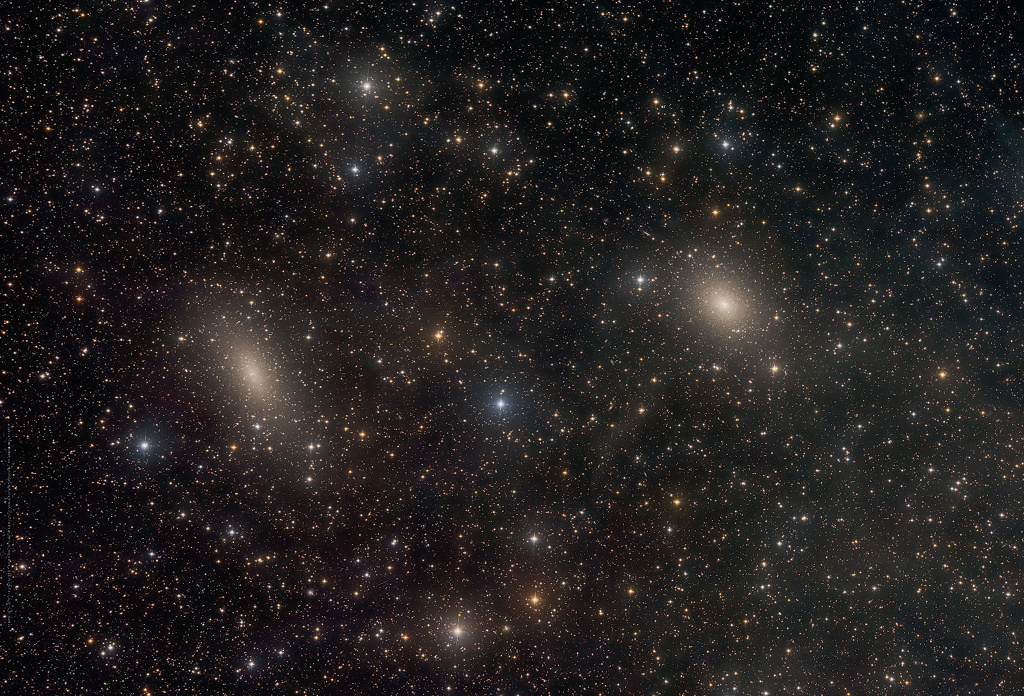 Dwarf galaxies NGC 147 (left) and NGC 185 stand side by side in this sharp telescopic portrait. The two are not-often-imaged satellites of M31, the great spiral Andromeda Galaxy, some 2.5 million light-years away. Their separation on the sky, less than one degree across a pretty field of view, translates to only about 35 thousand light-years at Andromeda’s distance, but Andromeda itself is found well outside this frame. Brighter and more famous satellite galaxies of Andromeda, M32 and M110, are seen closer to the great spiral. NGC 147 and NGC 185 have been identified as binary galaxies, forming a gravitationally stable binary system. But recently discovered faint dwarf galaxy Cassiopeia II also seems to be part of their system, forming a gravitationally bound group within Andromeda’s intriguing population of small satellite galaxies.