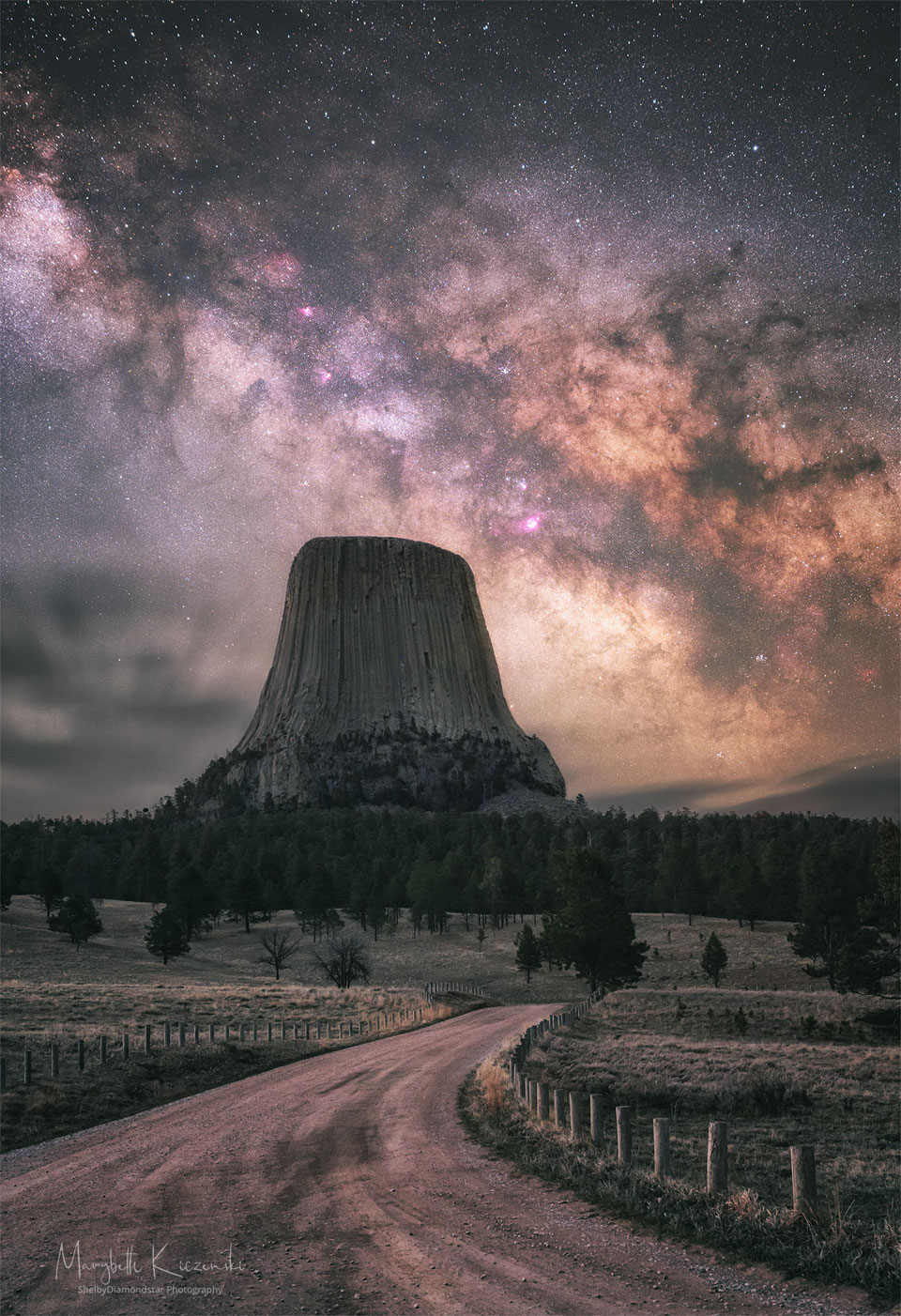 What created Devils Tower? The origin of this extraordinary rock monolith in Wyoming, USA is still debated, with a leading hypothesis holding that it is a hardened lava plume that never reached the surface to become a volcano. In this theory, the lighter rock that once surrounded the dense volcanic neck has now eroded away, leaving the dramatic tower. Known by Native Americans by names including Bear’s Lodge and Great Gray Horn, the dense rock includes the longest hexagonal columns known, some over 180-meters tall. High above, the central band of the Milky Way galaxy arches across the sky. Many notable sky objects are visible, including dark strands of the Pipe Nebula and the reddish Lagoon Nebula to the tower’s right. Green grass and trees line the foreground, while clouds appear near the horizon to the tower’s left. Unlike many other international landmarks, mountaineers are permitted to climb Devils Tower. Birthday Surprise: What picture did APOD feature on your birthday? (post 1995)

Close encounters of the third kind.