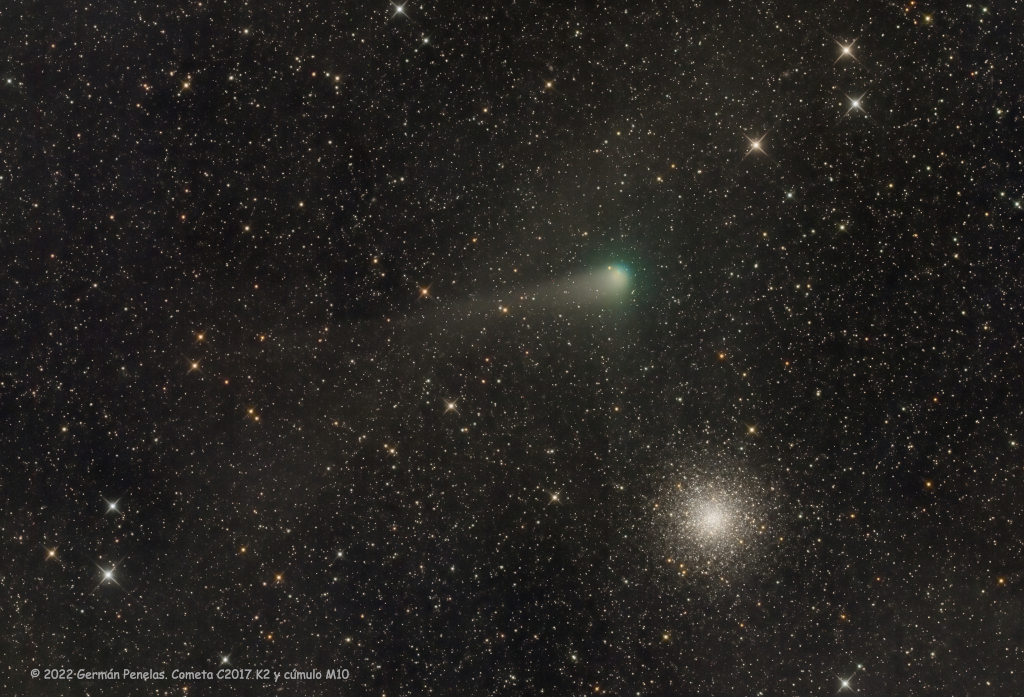 Imaged on July 15 2022, comet C/2017 K2 (PanSTARRS) had a Messier moment, sharing this wide telescopic field of view with globular star cluster Messier 10. Of course M10 was cataloged by 18th century comet hunter Charles Messier as the 10th object on his list of things that were definitely not comets. While M10 is about 14 thousand light-years distant, this comet PanSTARRS was about 15 light-seconds from our fair planet following its its July 14 closest approach. Its greenish coma and dust tail entertaining 21st century comet watchers, C/2017 K2 is expected to remain a fine telescopic comet in northern summer skies. On a maiden voyage from our Solar System’s remote Oort Cloud this comet PanSTARRS was discovered in May 2017 when it was beyond the orbit of Saturn. At the time that made it the most distant active inbound comet known. Its closest approach the Sun will be within 1.8 astronomical units on December 19, beyond the orbital distance of Mars.