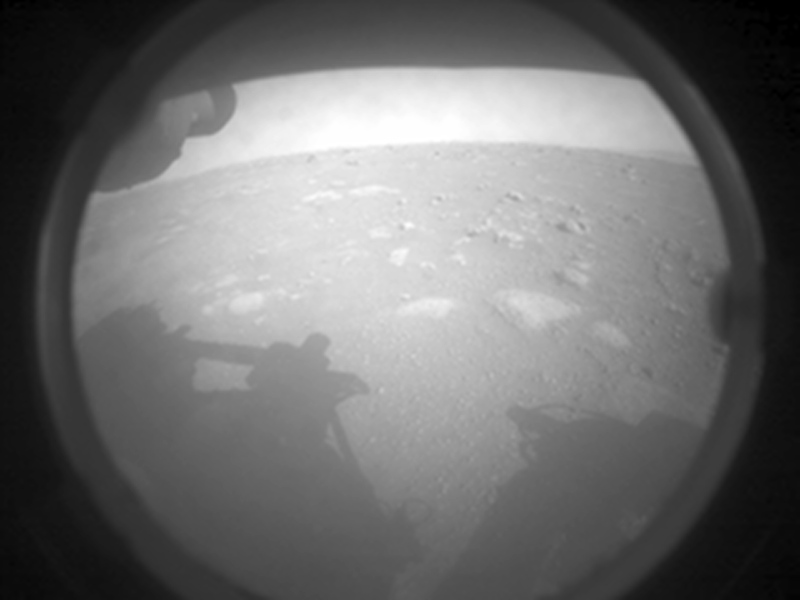 After a 203 day interplanetary voyage, and seven minutes of terror, Perseverance has landed on Mars. Confirmation of the successful landing at Jezero crater was announced from mission control at NASA’s Jet Propulsion Laboratory in Southern California at 12:55 pm PST on February 18. The car-sized Mars rover’s Front Left Hazard Avoidance Camera acquired this initial low resolution image shortly after touchdown on mission Sol 0. A protective cover is still on the camera, but the shadow of Perseverance, now the most ambitious rover sent to the Red Planet, is visible cast across the martian surface.

that is real cool!