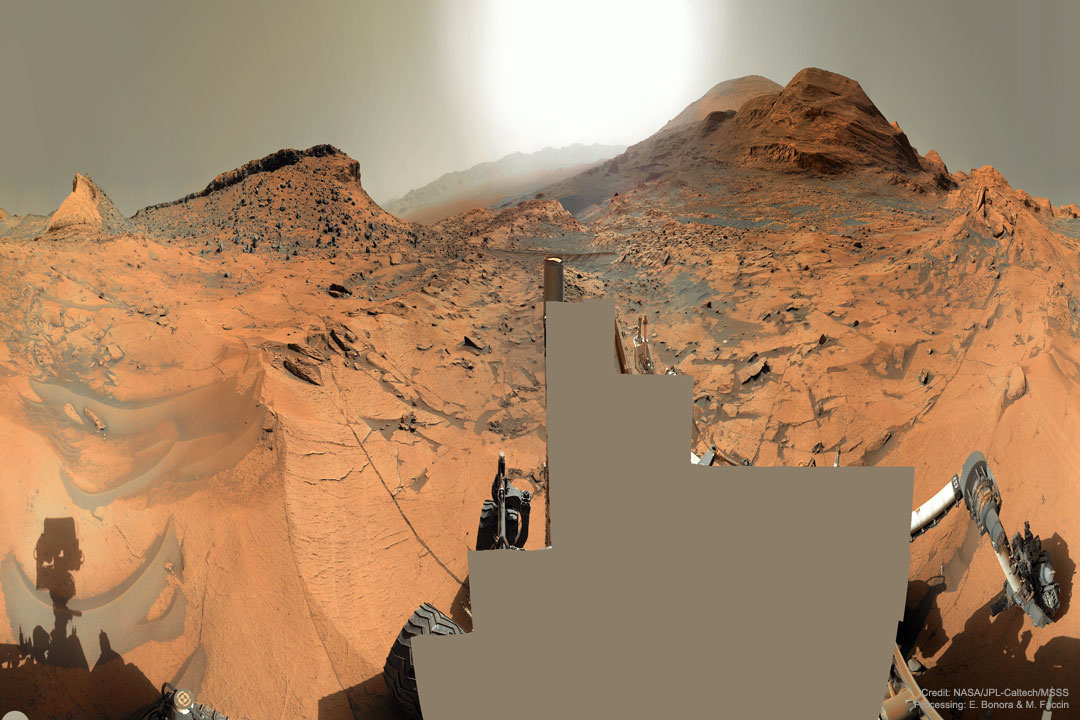 Which way up Mount Sharp? In early September, the robotic rover Curiosity continued its ascent up the central peak of Gale Crater, searching for more clues about ancient water and further evidence that Mars could once have been capable of supporting life. On this recent Martian morning, before exploratory drilling, the rolling rover took this 360-degree panorama, in part to help Curiosity’s human team back on Earth access the landscape and chart possible future routes. In the horizontally-compressed featured image, an amazing vista across Mars was captured, complete with layered hills, red rocky ground, gray drifting sand, and a dusty atmosphere. The hill just left of center has been dubbed Maria Gordon Notch in honor of a famous Scottish geologist. The current plan is to direct Curiosity to approach, study, and pass just to the right of Gordon Notch on its exploratory trek.