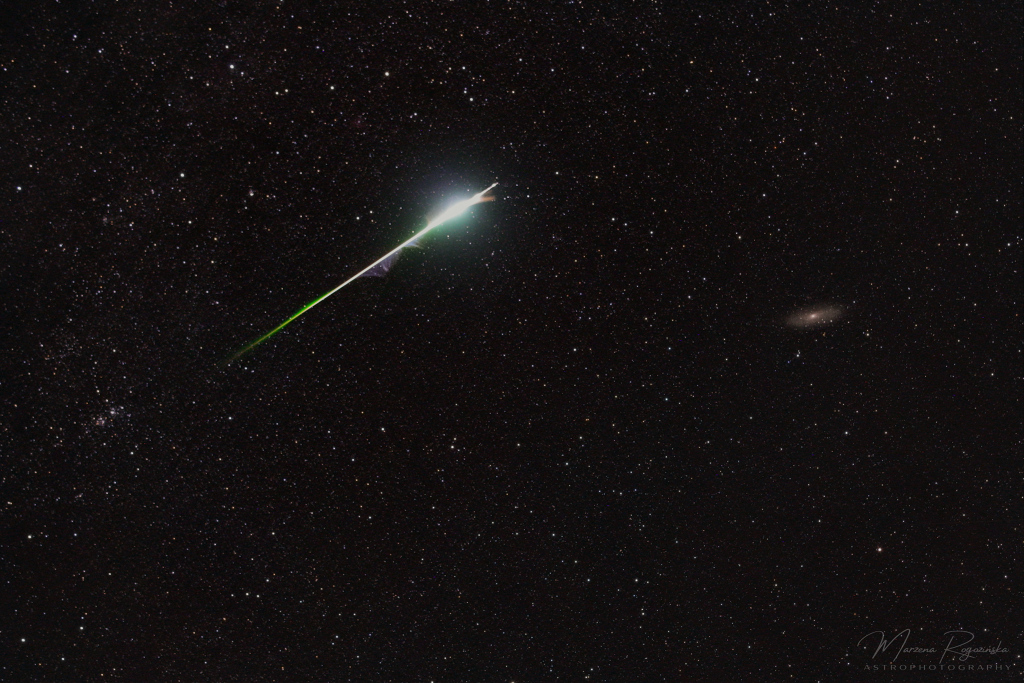 Stars in our own Milky Way Galaxy are scattered through this eye-catching field of view. From the early hours after midnight on August 13, the 30 second exposure of the night sky over Busko-Zdroj, Poland records the colorful and bright trail of a Perseid meteor. Seen near the peak of the annual Perseid meteor shower it flashes from lower left to upper right. The hurtling grain of cosmic sand, a piece of dust from periodic comet Swift-Tuttle, vaporized as it passed through planet Earth’s atmosphere at almost 60 kilometers per second. Just above and right of center, well beyond the stars of the Milky Way, lies the island universe known as M31 or the Andromeda Galaxy. The Andromeda Galaxy is the most distant object easily visible to the naked-eye, about 2.5 million light-years away. The visible meteor trail begins only about 100 kilometers above Earth’s surface, though. It points back to the meteor shower radiant in the constellation Perseus off the lower left edge of the frame. Follow this bright perseid meteor trail below and left to the stars of NGC 869and NGC 884, the double star cluster in Perseus. Notable APOD Image Submissions: Perseid Meteor Shower 2021