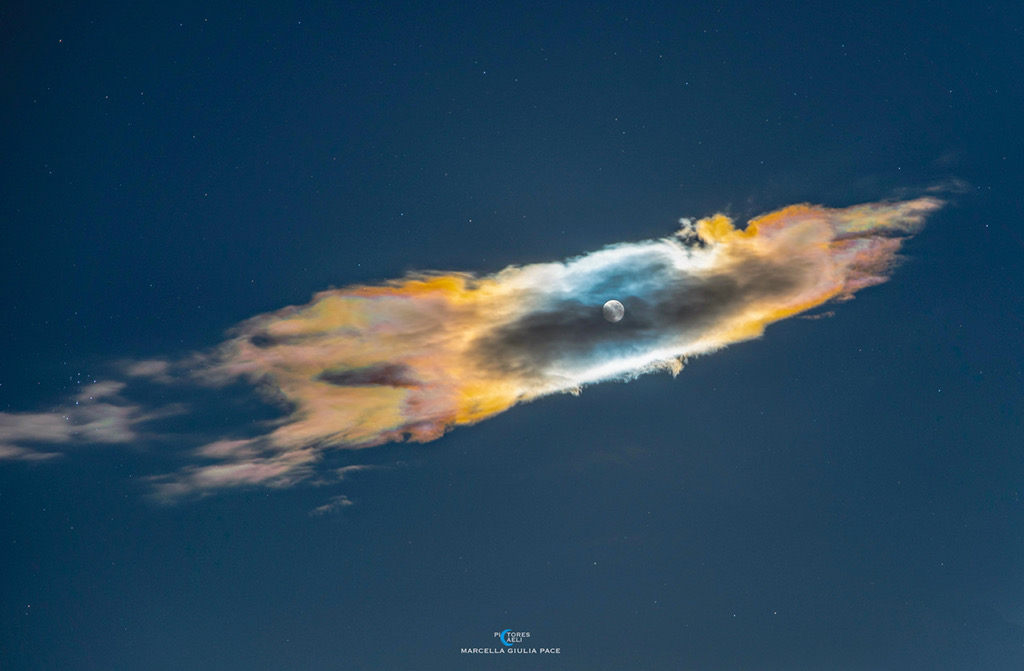 In this snapshot from November 18, the Full Moon was not far from Earth’s shadow. In skies over Sicily the brightest lunar phase was eclipsed by passing clouds though. The full moonlight was dimmed and momentarily diffracted by small but similar sized water droplets near the edges of the high thin clouds. The resulting iridescence shines with colors like a lunar corona. On that night, the Full Moon was also seen close to the Pleiades star cluster appearing at the lower left of the iridescent cloud bank. The stars of the Seven Sisters were soon to share the sky with a darker, reddened lunar disk.