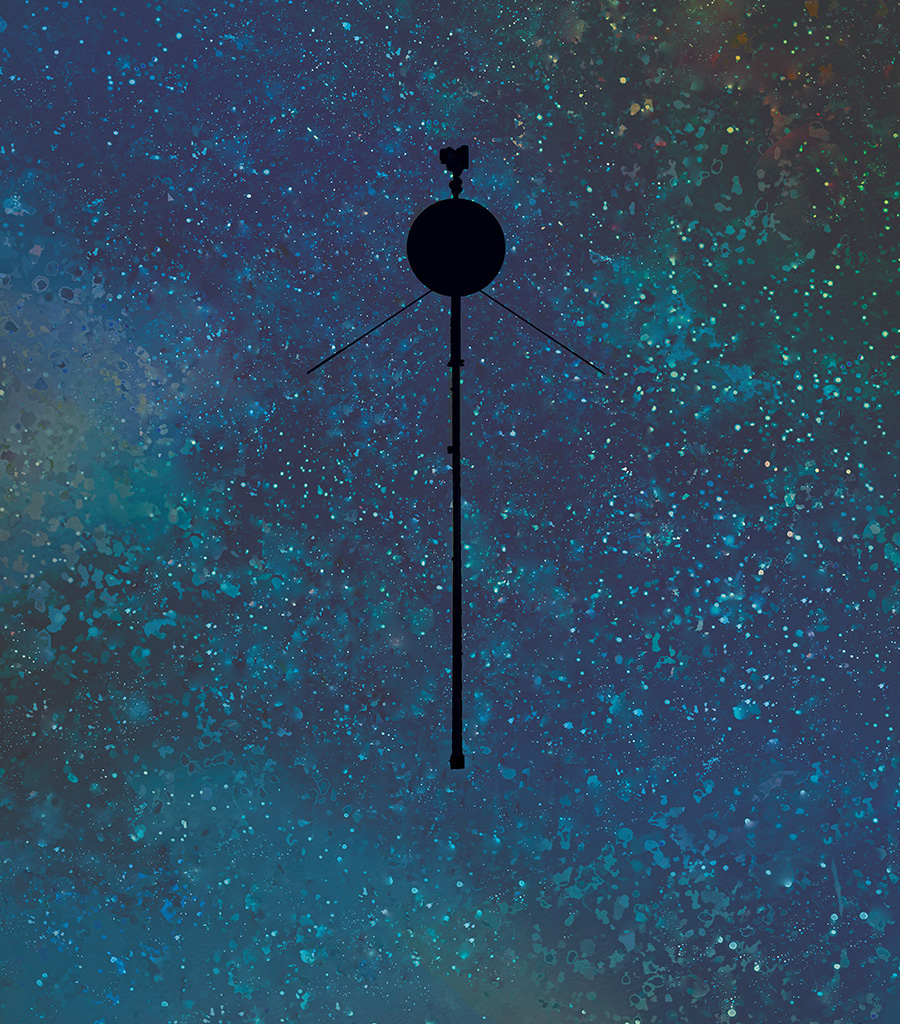 Voyager 1 and Voyager 2 were launched in 1977 on a grand tour of the outer planets of the Solar System. They have become the longest operating and most distant spacecraft from Earth. Both have traveled beyond the heliosphere, the realm defined by the influence of the solar wind and the Sun’s magnetic field. On the 45th year of their journey toward the stars Voyager 1 and 2 reached nearly 22 light-hours and 18 light-hours from the Sun respectively and remain the only spacecraft currently exploring interstellar space. Each spacecraft carries a 12-inch gold-plated copper disk with recordings of sounds, pictures and messages. The Golden Records are intended to communicate a story of life and culture on planet Earth, preserved in a medium that can survive an interstellar journey for a billion years.

1977 technology and still heading in Interstellar space for 45 years and counting …….USA made does it again.!