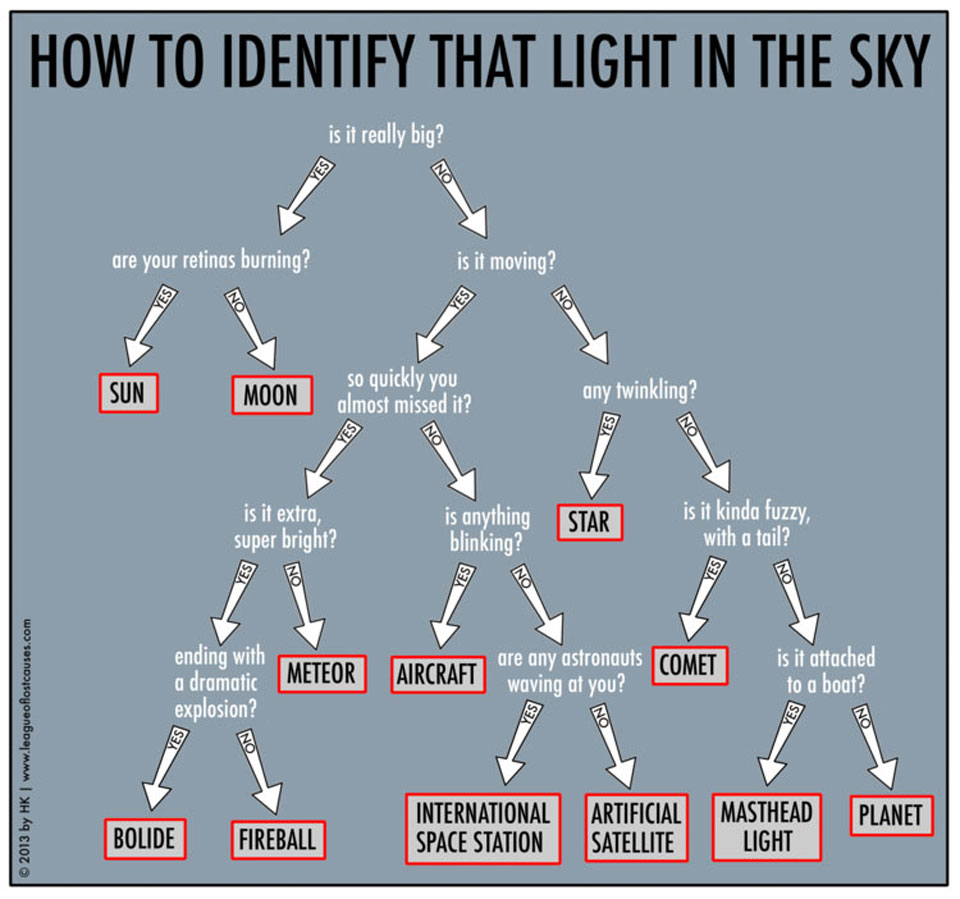 Copyright: The League of Lost Causes

What is that light in the sky? Perhaps one of humanity’s more common questions, an answer may result from a few quick observations. For example — is it moving or blinking? If so, and if you live near a city, the answer is typically an airplane, since planes are so numerous and so few stars and satellites are bright enough to be seen over the din of artificial city lights. If not, and if you live far from a city, that bright light is likely a planet such as Venus or Mars — the former of which is constrained to appear near the horizon just before dawn or after dusk. Sometimes the low apparent motion of a distant airplane near the horizon makes it hard to tell from a bright planet, but even this can usually be discerned by the plane’s motion over a few minutes. Still unsure? The featured chart gives a sometimes-humorous but mostly-accurate assessment. Dedicated sky enthusiasts will likely note — and are encouraged to provide — polite corrections. Chart translations: Spanish, Italian, Polish, Kannada, Latvian, Norwegian, and Turkish