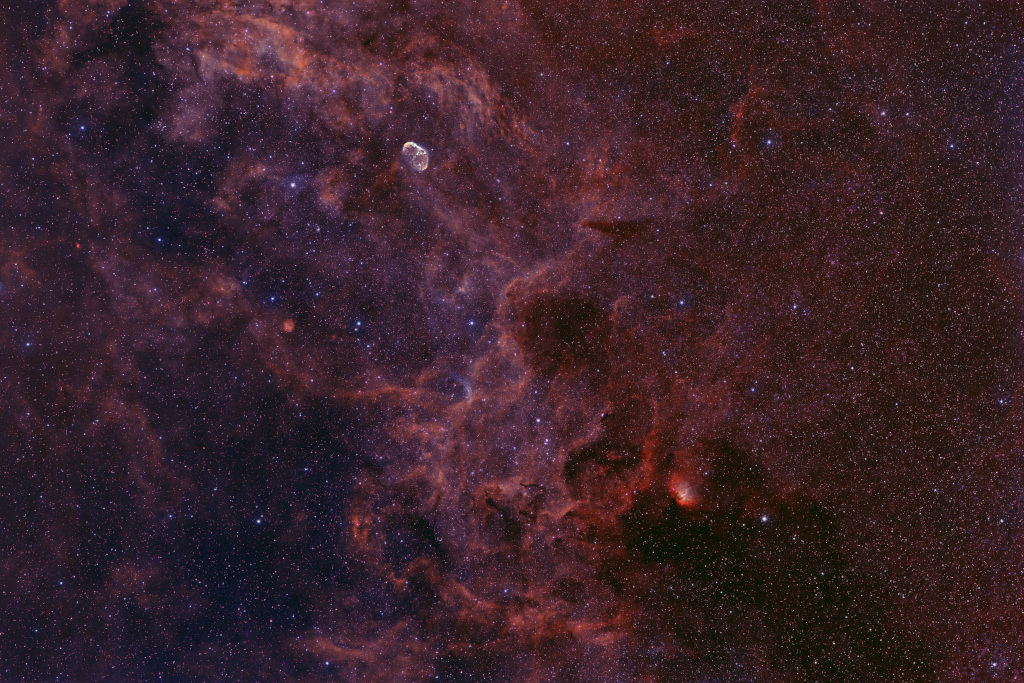 These cosmic clouds of gas and dust drift through rich star fields along the plane of our Milky Way Galaxy toward the high flying constellation Cygnus. They’re too faint to be seen with the unaided eye though, even on a clear, dark night. Image data from a camera and telephoto lens using narrowband filters was used to construct this 10 degree wide field of view. The deep mosaic reveals a region that includes star forming dust clouds seen in silhouette against the characteristic glow of atomic hydrogen and oxygen gas. NGC 6888 is the standout emission nebula near the top. Blown by winds from an massive Wolf-Rayet star it’s about 25 light-years across and known as the Crescent Nebula. A faint bluish curl just below center in the frame is also the signature of a Wolf-Rayet star. Burning fuel at a prodigious rate and near the end of their stellar lives, both stars will ultimately go out with a bang in a spectacular supernova explosion. Toward the right, a massive, young O type star powers the glow of Sh2-101, the Tulip Nebula.

Cosmic dust thats what we are made up of.!.